You are here: Home / Technology / Nio EP9 is the World’s Fastest Electric Supercar 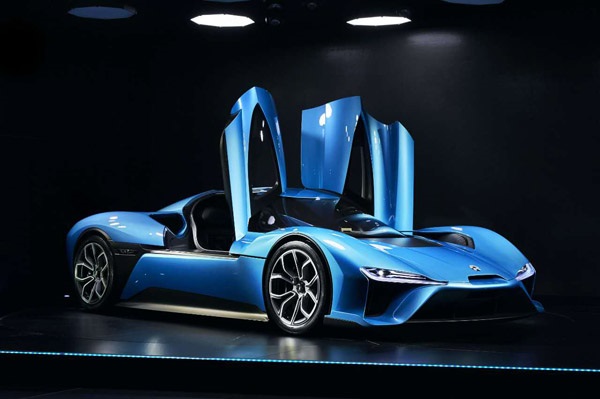 NextEV unveiled the Nio EP9 electric supercar with a top speed of 194 mph.

If you are environmentally conscious but at the same time do not want to compromise on driving anything else other than a supercar, then you should be excited to know that the world’s fastest electric supercar has recently been unveiled.

NextEV a Chinese electric car company has announced in London, at the Saatchi Gallery in Kings Road, their newest model under the brand Nio. Officially called EP9, the electric supercar is designed to appeal to those who like to reduce their carbon footprint while still doing so in style. The car aims to challenge the segment dominance of cars produced by more established brands like Ferrari’s LaFerrari, Porsche’s 918 and McLarent’s P1.

According to David Hilton, the Senior Design Director of NextEV, EP9 incorporates the proven track racing performance of the company with the design of a luxury car. It claims the title of world’s fastest electric supercar boasting a lap time of 7m 05,12 seconds on the Nürburgring circuit. It can accelerate to 62 miles per hours (100 km/h) in just 2.7 seconds and to 124 mph in 7.1 seconds, with a top speed of 194 mph (313 km/h).

It’s speed isn’t the only thing noteworthy about the new electric supercar. It has a beautiful, sports car design meant to be as aerodynamic as possible without compromising on its aesthetic. If you worried about its range, then don’t be as it can travel up to 265 miles (427 km/h) with a single charge, which only takes 45 minutes

The NIO EP9 electric supercar will be built in the United Kingdom. However, the location is secret at the moment as well as the fact that the investment amount made during its release wasn’t mentioned at all. The car is already available for purchase in extremely limited amounts. Out of the first batch of six cars, the three have already been built and will be shipped to China. The production cost of each car is estimated to be around $1.2 million, but the full price of the car has not yet been revealed. You can expect it to be slightly higher than that, depending on the margins the company implements.

What do you think about this newly announced electric supercar?