You are here: Home / Science / Geological Formation Might Host Life on Mars 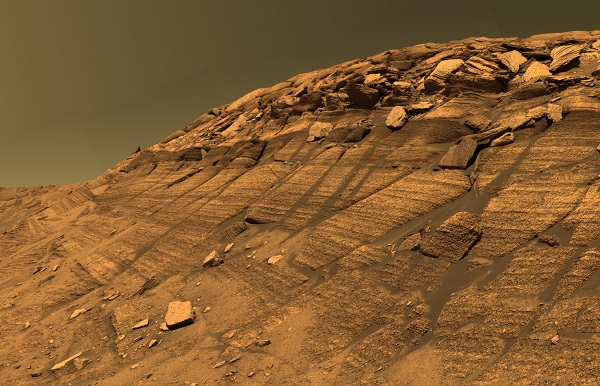 Scientists think that a geological depression might host life on Mars.

University of Texas astronomers revealed that they have found evidence which points out that Hellas, a funnel-shaped structure on Mars, would be the best for life on Mars to exist. The structure can be considered an ice cauldron which hosts the necessary ingredients for the formation of life.

The Hellas geological formation is tens of millions of years old. Scientists think that it was formed by volcanic activity which occurred under ancient ice. These conditions might mean that the Red Planet once had the conditions required for life to form.

According to Joseph Levy, a researcher from the University of Texas Institute for Geophysics, the Hellas depression could be the best place to look for evidence of past life on Mars. There is a possibility that a meltwater lake formed there and could have had all the ingredients for life such as water, chemical nutrients, energy, and temperatures warm enough for life to survive and reproduce.

Scientists previously analyzed two different geological depressions on Mars. Each one had concentric rings on the outside and both are quite similar in nature to the phenomenon known as ice-cauldron on Earth. They are formed through the eruption of volcanoes under several layers of ice. During their formation, they mostly preserve water and nutrients. Scientists discovered that the other depression was formed through an asteroid impact which does not provide a good environment for life.

The Hellas formation has a depth of around 1,300 feet. Unfortunately, scientists don’t think that the hole will be explored in the near future. The current rovers don’t have the functionality required to do so. They need to develop better robots which are able to dig through the various nook and crannies of the depression.

The geological formation can be found in the Hellas Planitia region, in the southern hemisphere of Mars. The region is a basin formed in the impact crater. Scientists were able to detect the two landforms because of the are quite strange-looking. According to the scientists, the depression looks similar to a bulls-eye. The researchers’ finding were published in the journal Icarus.

What do you think about the discovery of these new geological formations? What are the chances to discover life on Mars?