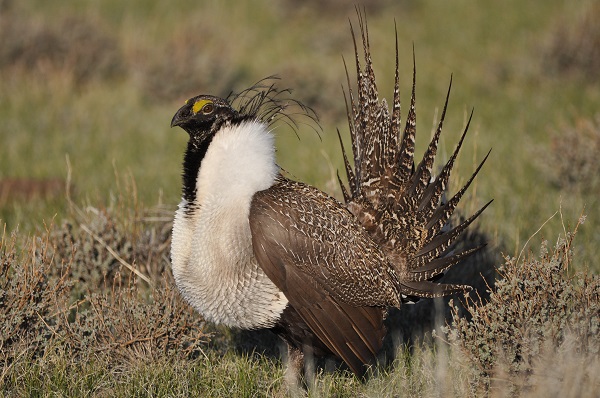 The Sage Grouse is an imperiled bird thanks to the constant loss of habitat due to human activity as well as the rapid increase in juniper trees. Now, federal and state officials are proposing a large scale project consisting in their removal to allow the populations of sage grouse to flourish once more in the state of Idaho.

The United States Bureau of Land Management (BLM) has announced this previous Monday that it’s going to take any public comments and questions until January 3rd about its initiative to remove juniper trees from 940 square miles of terrain from Owyhee County, located in southwest Idaho.

The sheer size of the surface means an extremely large operation. However, before the project gets underway, researchers must go through an extensive analysis of the project including an environmental impact assessment. Additionally, scientists hope to gain new insights on how to more easily address the problems that the vast increase of juniper forests have caused.

One of the main concerns which officials are hoping to be addressed through the trees’ removal is that the sagebrush required by sage grouse and other several hundred species in the Western region of the US as both a food source and a nesting location for the animals.

Not many people are familiar with the chicken-sized ground-dwelling bird known as the sage grouse. The animals can be found in 11 Western US states. It has a current estimated population of 200,000 to 500,000. Their current level is a drastic decline from the 16 million they experienced during their peak.

Researchers hope that by cutting down the juniper trees in combination with planting new sagebrush plants, the population of sage grouse can be restored to higher levels. Additionally, this can also have other beneficial effects. For example, ranchers and cattlemen will benefit because their animals will have more forage available as food.