You are here: Home / Technology / GoPro Karma Drones Are Recalled After Falling from the Sky 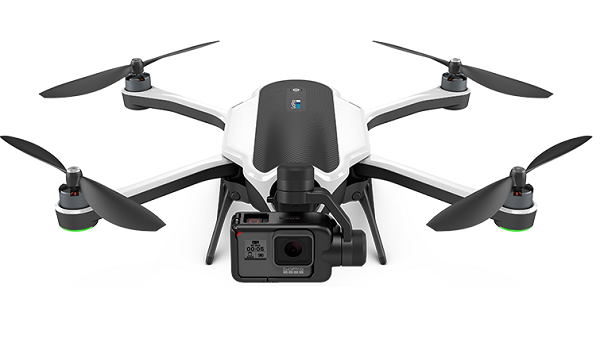 GoPro Karma drones have been recalled after power issues.

Things are going from bad to worse for GoPro. The action camera company has repeatedly posted a 40 percent drop in the revenue from the third financial quarter. Now, it has issued a recall for its Karma Drones.

GoPro was hoping that their newly released drone would help the company recover from its struggles. However, after issuing a mass recall of the drone just 16 days after its official launch, it is unlikely that consumer confidence in their product will ever be restored.

The recall of the Karma Drone was due to the existence of several reports claiming that the drone lost power midflight, or that the user can suddenly lose their connection to the drone. As such, the problems caused the drone to fall from the sky. Fortunately, no property damages or injuries have yet been reported in regards to this issue.

One of the first users to experience the problems with the Karma drones was Brian Warholak. He uploaded a video on YouTube showing the drone crashing down to the ground after he lost connection to at 170 feet in the air. According to the description he posted, that was only the second time he flew the drone. The impact of the crash damaged a pair of props and one of its arms.  Warholak’s video was at the center of the company’s recall, at least according to him. Since then, a number of other similar videos have already appeared on YouTube.

Several sources who are familiar with the overall design process of the drone, believe that the problems are caused by the placement of the camera and gimbal. The camera is placed in the front while other drones have it underneath for a stable center of gravity. This also led to greater vibrations which would pry the detachable battery loose and as a result the drone loses power.

Users of the Karma drone can return the device either to GoPro if they bought it from the company directly, or through Best Buy. All purchases will be refunded. The drone will also go back on sale after the company has solved its problems.

Have you bought a Karma drone? Did you experience this type of issues?