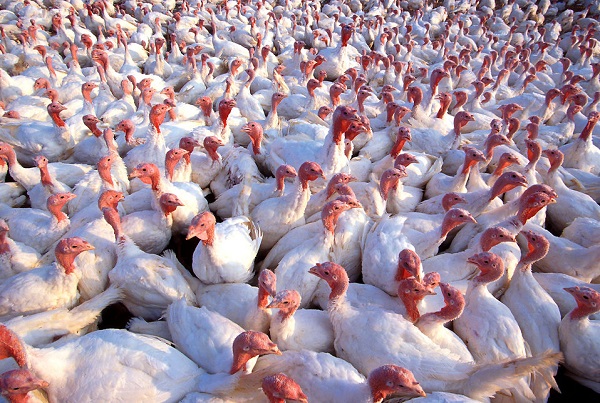 Germany has experience a number of bird flu infections on farms.

A bird flu epidemic might be on the horizon in Europe, as several countries have reported confirmed cases of the disease in animals, wild and domestic. Germany is one country who has been the most affected by the bird flu which led to a zoo shutting down and a turkey farm being culled.

In Lowe Saxony, Germany, a case of a high risk H5N8 variant of the bird flu has been confirmed at a farm in Cloppenburg. The region is home to one of Europe’s largest poultry farms and to prevent it from spreading, authorities have ordered a cull of 16, 000 potentially infected turkeys. This event comes in the wake of several cases of the H5N8 strain being discovered in wild birds across the country and even the continent.

The Ueckermuende zoo in northern Germany has been temporarily closed after an emu died after being infected with the bird flu, the exact same strain which affected the turkey farm and has been reported throughout Europe. Although the strain of the disease can easily spread among birds, it isn’t known for being capable of infecting humans.

The director of the zoo, Katrin Toepke, made the decision to close the zoo in order to allow veterinary officials to figure out how to better protect the other birds found throughout the zoo’s grounds which includes, swans, various types of ducks and swans.

Although Germany is currently being affected the most by the bird flu, seeing as there have been reported cases through 16 states in the country and four farms, the disease has not completely spared other countries. Hungary and Austria have also recently reported cases of duck and turkey farms being infected, which led authorities to the decision to cull the poultry. Denmark also reported its first of bird flu infection on a farm this Monday.

Although not directly dangerous to humans, the bird flu can cause a shortage of food produced by the poultry industry, which at the very least could lead to an increase in price, not to mention the damages the farmers have to suffer.