You are here: Home / Science / Fijian Ants Are the World’s First Farmers 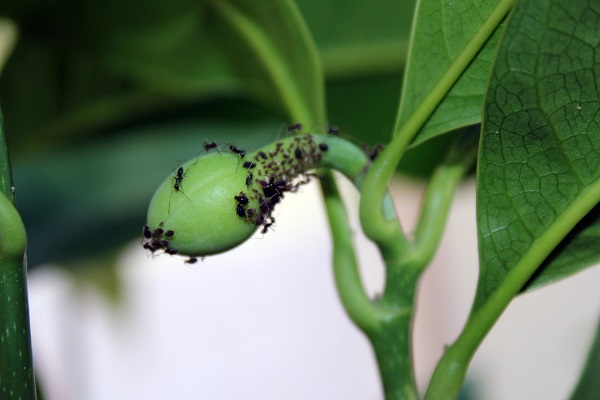 Fijian ants are able to farm plants for shelter and food.

Farming is what enabled human communities to evolve beyond just being hunters and gatherers. However, it seems that we were not the first species to realize the benefits of farming. Scientists have discovered that Fijian ants started to plants their own crops millions of years before we did.

A team of researchers from the University of Munich, Germany has reconstructed the evolutionary history of the link between the Fijian ants and various fruit plants. They discovered a mutually beneficial collaboration between them, from which both species helped each other.

Colonies of Fijian ants which scientifically known as Philidris nagasau, are able to harvest epiphytes which grow on other trees and contain the Squamelleria fruit plants. These plants grow on the branches of other trees and can only be found on the island of Fiji.

Professor Susanne Renner, revealed in her study published in the journal Nature Plants, that the ants gather the seeds of the plants and carry them to crack or fissures in the bark of a tree which acts as a host. The ants plant the seed which it will eventually germinate under the supervision of worker ants. Scientists think that they also provide fertilizer with their feces.

When the plants reach a certain point in their growth, they form a large and round hollow structure at its base which is known as domatia. This is where the Fijian ants live instead of building their own nests. Besides providing housing for the ants, they also produce the fruit which acts as a food source. The ants collect the seeds and repeat the farming cycle.

The study reveals that each individual ant colony can plant a few dozens of fruit plants at the same time. However, even though they live in different plants, the colony remains linked through a certain trail which connects several trees that are adjacent to each other. The plants are able to germinate in only three or four species of trees found in Fiji.

The main characteristic of the trees that makes them suitable for the ants is either because they have a soft bark to helps the ants widen the cracks for the planting of seeds, or either they produce a nectar which also acts as a food source.