You are here: Home / Science / The Dead Sea is Gradually Evaporating 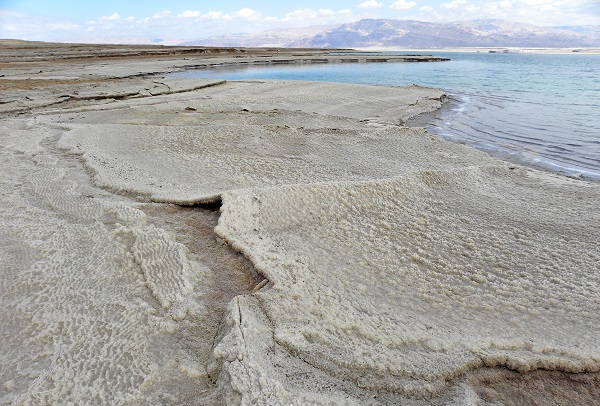 The Dead Sea is in danger of disappearing because of a series of factors.

The Dead Sea, famous for its particular characteristics, as it has among the highest concentrations of salt as well as having the lowest elevation, being 429 meters below the standard sea level. However, this unique natural attraction of historical importance may very well disappear one day as scientists recorded a gradual shrinking because of evaporation.

The body of water owes its name to the fact that life cannot be sustained in its incredibly salty waters. It can be found in the Syrian-African rift valley between countries like Israel, Jordan, and Palestine. It is a major natural attraction for tourists as well as scientists and researchers. The Dead Sea is also said to have certain healing functions as it is believed that its waters treat various heart, lung and skin conditions.

According to EcoPeace Middle East, a regional environmentalist group, the Dead Sea seems to be slowly disappearing. Researchers recorded that in the last few years the sea has been constantly shrinking by one meter each year. The main cause of this situation is that the water flowing from the Jordan River into the Dead Sea has been limited in the few years.

The construction of storage reservoirs, dams, and pipelines across the length of the Jordan River has greatly diminished the quantity of water that flows into the Dead Sea. So much so, that it isn’t able to sustain its initial level. The construction of hotels and various other tourism developments in the region as well as the enhanced mineral and water extractions sites are gradually draining the Dead Sea for commercial purposes.

The EcoPeace group claims that the Dead Sea has seen a 25 meters decline in water levels since the start of the 21st century when the region started to develop for tourism purposes in combination with the developments on the Jordan River. This led to the formation of around 2000 sinkholes on the western shores which also cause the water to disappear underground. Further tourism development is already planned which could also increase the amount of untreated sewage that goes into the Dead Sea.

Currently, the Israeli and Jordanian governments are planning to address the situation by replenishing its water levels with brine from the Red Sea as well as increasing the water flow from the Jordan River.