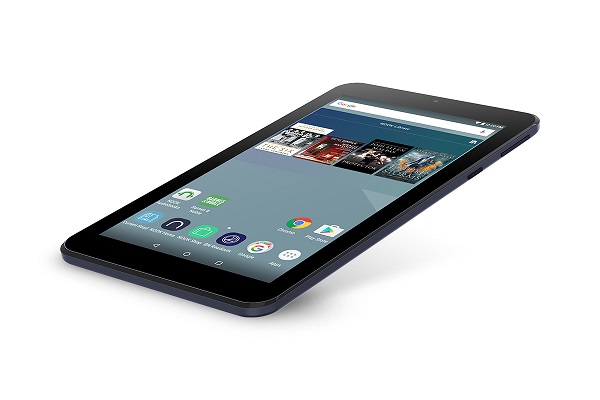 Amazon’s Fire Tablet was undeniably the king of all affordable tablets on the market. However, Barnes & Noble, the retail bookseller company, wants to give the online retailer a run for its money in this specific segment of the tablet market. The company has announced a new $50 Nook Tablet.

Although Barnes & Noble are best known for their bookstores across the country, they also have launched a few e-readers in collaboration with collaboration with other companies, as they recognized the device as a new platform for books. Besides the incredibly low $50 price tag of the Nook Tablet, the main reason anyone ever buys a Barnes & Noble device is to have access to the large library of content. The company claims to offer millions of Nook books, audiobooks as well as several hundred magazines, all which are accessible from their own Nook store.

Regarding the technical specs of the tablet, it features a 7-inch IPS touchscreen 1024 x 600 display. On the front of the tablet, you can find a 2-megapixel camera while the on the back there is a 5-megapixel one. The tablet runs on a quad-core processor and offers 8 GB of internal storage, which is expandable up to 128 GB using a microSD card. The company has stated that users can download most books directly on the card.

In regards to the autonomy of the tablet, Barnes & Noble claim that it can last up to seven hours while reading, watching video or browsing the web. The $49.99 Nook Tablet will run on Android 6.0 Marshmallow, thus giving users access to the Google Play store besides the company’s own proprietary store.

The company has decided to announce the tablet just in time for the holiday season, in hopes of boosting sales by catering to readers who also want to share their love of reading in a more modern manner. With such a low price, they might actually pose some serious competition to Amazon’s Fire Tablet which costs the same while offering comparable specs.

The Nook Tablet will start shipping on November 25th, but interested customers can already pre-order the tablet now.

what do you think about the new Nook Tablet? Thinking of buying one as a gift?