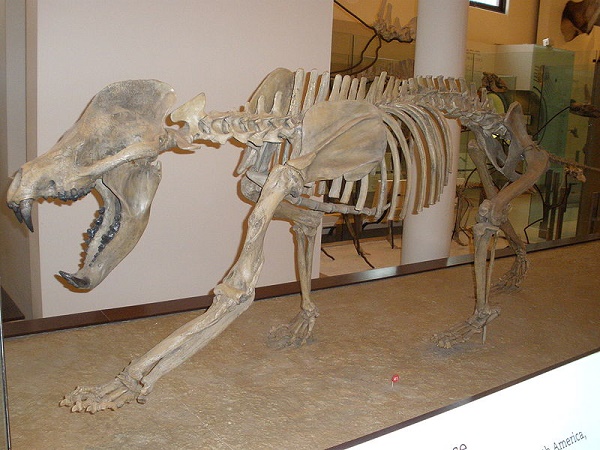 The “normal” bear dogs, who lives almost 40 million years ago, had a much larger body and they could weigh up to 450 kilograms.

After a little jawbone has sat in a dusty drawer at a Museum in Chicago, researchers have identified it as being the jawbone of an extinct species of bear dogs. These bear dogs are smaller than the ones studied by now.

The tiny bear dogs were the size of a small dog they were considered to be a carnivore animal. The “normal” bear dogs, who lives almost 40 million years ago, had a much larger body and they could weigh up to 450 kilograms. They were believed to have been living in Texas.

These little bear dogs were known to the researchers but nobody could specify which category of carnivores they matched. This was until now, when Susumu Tomiya, a researcher at the museum decided to reconstruct this animal by using its jawbone.

According to  Tomiya, the animals were initially categorized in a wrong manner, so he started to investigate them. He found out that the mammals did not only eat meat, but also fruits. He figured out the eating habits of these animals by just studying the jawbone. He mentioned that the bones were used more for crushing than for tearing and ripping. The jaw also looked like the ones of the bigger bear dogs that lived after these little ones.

The two small animals got new names: Angelacrtocyn australis and Gustafsonia cognita. The change in names helps them to clarify the evolution of these animals. Wolves, dogs, sea lions, weasels and, foxes are part of the same group as them.

They are the most related to dogs rather than bears and wolves. They are also believed to be one of the most ancient species of this animal.

The researchers who discovered this also mentioned that it was a normal thing for vertebrate animals to change their figure from small to big in order to survive and to be dominant. Tomiya and his team want to continue the study of the bear dogs to find out more about the evolution of the animal and of its predecessors.