You are here: Home / Science / The Common Swift Can Fly Non-Stop for Over 10 Months 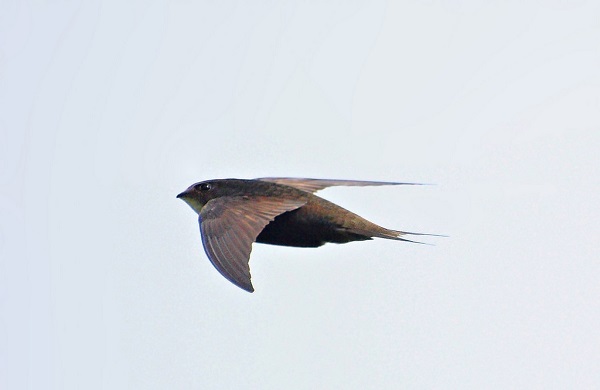 The common swift spends most of its time flying, being one of the best adapted birds.

A group of scientists from Sweden’s Lund University discovered that the common swift spends most of its adult life in flight. After fitting a sample of swifts with electronic trackers, the researchers found that some of the specimens flew non-stop for 10 months, never landing on solid ground.

After a couple of years of roaming the continents, the researchers managed to recapture 19 of the tagged specimens. Their chips registered their long journey. Three out of the total nineteen flew non-stop, never taking a break.

The remaining sixteen only took very short stops that amounted to approximately 0.5 percent of their entire journey.

Anders Hedenstrom, the lead author of the paper featured in the Current Biology magazine, stated that the birds only land when they encounter bad weather that stops them from flying further. It seems that their anatomy allows them to spend 10 moths in flight without experiencing any physiological problems.

The common swift journeys from Europe to the sub-Saharan region of Africa every year. The journey takes approximately ten months, the other remaining two being reserved for building a nest, laying eggs, and raising the younglings.

Usually, large flocks of swifts leave their Northern Europe breeding sites and head for the rainforests of Africa. It seems that when they reach central Africa, they do not stop and enjoy the scenery. They just make a U-turn and head back to Northern Europe where they fill hatch their eggs, and a new swift generation is born.

Hedenstrom’s study managed to solve an old scientific debate. Ornithologists have been trying to understand their migration pattern for years.

Given the fact that the birds spend most of their time in mid-flight, researchers believe that they probably eat, mate, and sleep while flying. Their diet mostly consists out of flies, spiders, and other insects that were picked up by the wind.

Common swifts are not the only birds that can fly for months without touching the ground even for a second. Its cousin, the alpine swift is able to fly for six months without resting even once, and the magnificent frigate birds soar across the ocean for two months. However, the common swift is the most remarkable flier ever to be observed by ornithologists.