You are here: Home / Tech & Science / DARPA Transfers Telescope to the Air Force 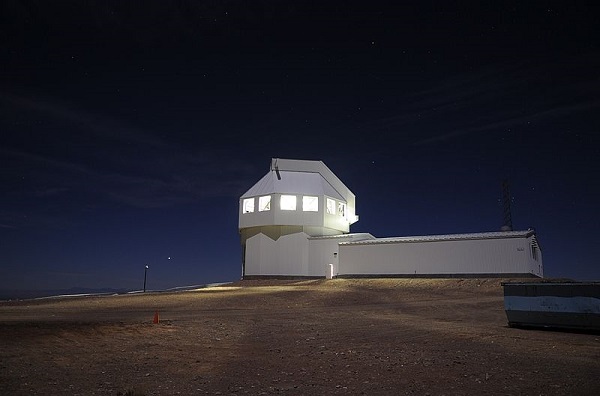 DARPA has transferred control of the SST to the Air Force Space Command.

The Defense Advanced Research Projects Agency (DARPA) is known as a research and development institution of technology in various Department of Defense (DOD) projects. They have recently transferred the Space Surveillance Telescope (SST) to the Air Force Space Command.

The SST was developed with the purpose of observing Near-Earth objects rather than peer into deep space. Until recently, the telescope operated under the control of DARPA. However, it has been transferred to the US Air Force. The SST will be operated and maintained by the Air Force as well as the Australian government in a new joint operation.

According to information released by the DOD, the telescope has drastically improved the situation awareness. It can be used to observe over 10,000 objects with the size of a softball at a time compared to the previous technology that only allowed us to see a few large objects. SST is such a drastic improvement that it can even survey up to a quarter of the sky several times in just a single night.

This innovation was made possible thanks to its unique mirror which is the most steeply curved mirror to be ever included in a primary telescope. The angle of the mirror allows the SST to have a much wider field of view than any other similar telescope.
Despite being transferred to the Air Force, NASA and the rest of the scientific community will still be able to use it. Although it was mainly designed to observe objects near our planet, researchers can still use it to detect various cosmic events or to keep track of potentially dangerous asteroids and other hazards.

According to Brad Tousley, a DARPA tactical technology office directors, which oversaw the SST, the telescope represents one of much other space situational awareness program on which the Air Force Space Command and DARPA have collaborated one.

The transfer of the telescope means that it will mostly be used for national security purpose. The Air Force will most likely try to enhance the security of the satellites by preventing any sabotage attempts in space. However, thanks to its wide field of few and innovative technologies the telescope will fulfill a variety of functions.