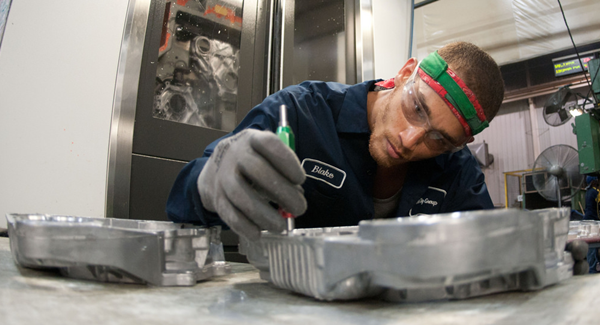 OSHA takes action after an aluminium company put its employees in danger.

OSHA decided to take action against an aluminum company with three citations and an 89 390 dollars fine. The decision was made after two people suffered amputations and one employee had a thumb injury this spring.

OSHA began the inspection of Alumium Shapes LLC on April 27. While they were investigating one case, two more incidents happened. That was the moment when the U.S. Department of Labor’s Occupational Safety and Health Administration decided that the situation is worse than it seemed.

Unfortunately, this is not the first time when the aluminum company has issues with their employees’ safety. There were similar violations in May 2012 and March 2016. According to the officials, last year they found 44 safety violations. What is worse is that the company has not changed anything o protect its workers. This led to more accidents and injuries.

OSHA officials are trying to raise awareness about the risks of injuries or death while being at work. There were hundreds of people who died because their employers did not provide them with the equipment they needed. When you go to work in the morning, you are expecting to return safely at night. However, too many times relatives are called because their loved ones are in the hospital or even dead due to work injuries.

As an employer, you have to be aware of the fact that your business will work as long as your employees are safe. Think about the costs you will have to pay  if something wrong happens with your workers. You will lose your productivity and also have to give compensations. If you do not want to end up with a lawsuit, it is better to invest in your employees’ safety.

Another important reason for paying attention to your workers is that they will remain loyal to you. It is more efficient to have a strong team, that would do anything for your company than fighting with your workers. Involve them in your safety decision, ask them what you should do to make their working hours better.

OSHA will monitor the aluminium company to see if there will be any changes in the future. If the situation will repeat, it is possible for the company to be closed.  Do not forget that the safety of your employees in the most important thing if you want to have a long-term business.