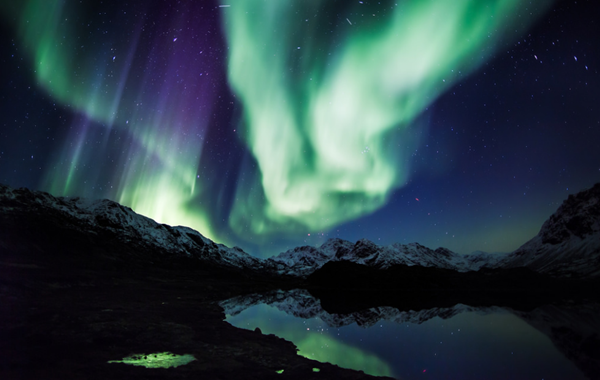 Reykjavik, the capital of Iceland, has the opportunity to be among those lucky areas where Northern Lights can be seen. This is why, on Wednesday night, the city officials decided to turn off the city lamps so people could have been able to admire nature’s light show.  They realized that is was hard for the residents to see the unique event because the city lights were too bright.

The capital was supposed to have its street lamps turned off between 10 and 11 p.m. However, it was extended because the Northern Lights came a little late. Residents were also asked to help the authorities by keeping their lights off in the houses. While people were admiring the wonderful event, the authorities were taking care of the city. Residents were adviced to drive carefully. Moreover, firemen, the police, and the power company were warned about the event.

This is how people were able to see the Northern Lights and share a moment they will never forget. They also took a lot of photos and videos of the natural phenomenon, which were shared on social media networks. The Iceland’s sky was covered by the Northern Lights, with shades of green, blue and purple.

The Northern Lights, also knows as Aurora Borealis, are the results of electrons who collide with the upper reaches of Earth’s atmosphere.To understand better how this is happening, you should know that electrons are colliding with oxygen atoms. They transfer their energy to atoms and molecules. When those come back to a lower level of energy, their release the light.

Aurora Borealis can be admired only if the skies are clear. Moreover, it has to be dark. There are times when the weather activity increases and the Northern Lights can be seen even from Europe or the United States.

If you want to see them, you can go to Norway, in the Northern areas.  Due to the polar night, it is easier to see there the Aurora Borealis, between October and March.  For those of you who live in the southern hemisphere, we have good news.  There are also Southern lights, called Aurora Australis.

Our planet never stops to surprise us and give us the opportunity to see a wonderful light show. Photographers managed to capture stunning photos of the Northern Lights during the years.