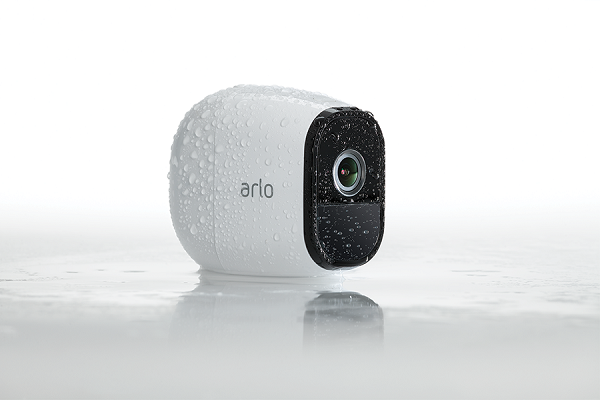 A new model of Netgear’s Arlo security camera called Arlo Pro has been announced. The popular versatile camera will see various improvements in battery life, features, and accessories. No details on the price or release date are known as of yet. Netgear’s current version of cameras will continue to be sold.

The new Arlo Pro security camera boasts an impressive battery life. According to the director of product management for Arlo, Damir Skripic, the battery will last four to six months on a single charge. Additionally, it will only take two hours to recharge. The new version will also include a microUSB port if you simply prefer to connect it to a power source. Users can also make use of the USB port for backup storage.

Another great feature of the Arlo Pro security camera is part of a new software update coming later this year. Standard cameras will alert users on every motion they detect. However, Netgear’s new product will gradually be able to identify various objects. It will learn to ignore cars and pets and even recognize persons eventually.

The base station of the original model will still work with the updated version of the security camera. The Arlo Pro features the same magnetic base which allows for an easy and versatile installation. The video resolution hasn’t been updated either. The video feed it still is 720p. Netgear compromised on video quality in order to prolong the battery life.

The Arlo Pro security camera, as the previous model, will work with Samsung’s SmartThings. The company has also announced plans to integrate it with Apple TV and Apple Watch. Other improvements include a built-in siren, a solar charging station, and a digital infrared motion sensor. The base version only features an analog motion sensor.

As of yet, no details regarding price or international availability were released. It is expected that Arlo Pro will be more expensive than the base version which currently sells for $180.

Are you interested in buying the Arlo Pro security camera?