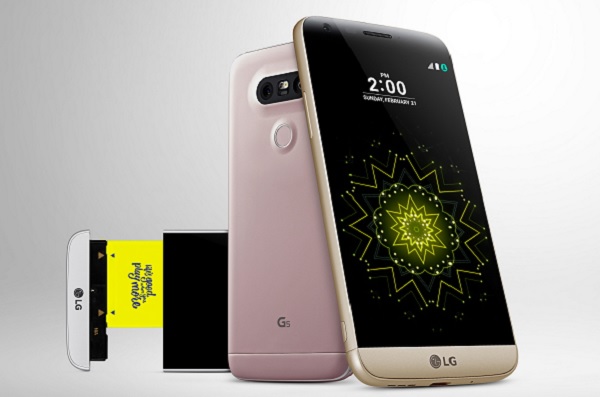 LG might abandon its modular design strategy for G6 smartphone.

LG G5 made quite a splash in the phone industry when it was launched thanks to its innovative modular design. However, newly released reports claim the LG will abandon the modular design strategy for its upcoming flagship device, the G6.

The news comes from several rumors spread by various sources. However, the main takeaway from them is that the LG G6 will feature an integral structure and move away from the modular design. This means that the phone will be formed from one solid body and will not support any sort of dedicated modules which can be swapped for more functionality.

If the recent reports are actually true and this would be somewhat of a surprising move by LG. The company previously announced that they will continue using the modular concept for future phones while striving to improve on it.

Although LG and other companies like Google have embraced the idea of modular design in order to easily repair, replace and upgrade the various parts of a phone, the public was not as receptive, at least not to the LG G5.

The main problem the company had with the G5 and the overall modular strategy was the lack of third-party support. Other developers were slow to adopt and create new modules for the phone if they even embraced the technology at all. Also, the few modules that are available to users are quite expensive.

According to various sources like the ET News, a Korean website revealed that the LG G5 poor sale numbers were attributed to the difficulty of attaching and removing the phone’s modules, not to mention their high price. The phone had to be rebooted every time users wanted to swap a module because the battery needed to be taken out first. The same source has reported the LG faced several manufacturing challenges and even a low production yield partly because the G5 had a very complex structure.

At this point, there hasn’t been any confirmation on LG’s plans for the G6 flagship. However, no matter in what direction they will go, by this time the company must have already made a definitive decision as the phone might debut at the Mobile World Congress 2017. The event starts on February 27.