You are here: Home / Technology / Google Hangouts Will Become Optional on Android Phones 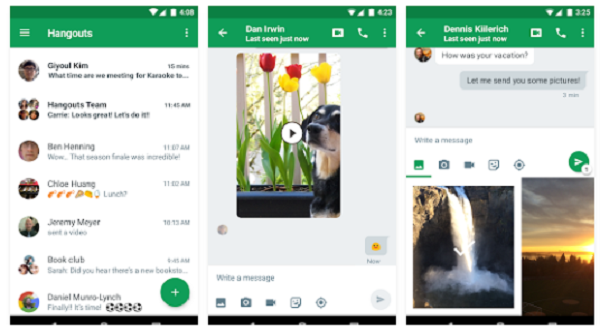 Google Hangouts will soon become optional on Android phones. Google has decided to gradually remove it from its main line up of software in favor of their new Duo video call app. The company’s intent was made clear in an e-mail from Google to its Google Mobile Services partners.

Google has explained through an email on October 5th, to its various Google Mobile Services (GMS) that Google Hangouts can be optionally included in the Google Apps package for every Android phone.

According to the e-mail:

Today, we are announcing that Google Duo will replace Hangouts within the suite of core GMS apps, and Hangouts will become GMS Optional for telephony products. This change will take effect on December 1, 2016.

Google Hangouts is a messaging app that featured both text chat and video calls. However, from Google’s e-mail it is clear that only Google Duo, an app designed especially for one-on-one video calls on phones will replace Hangouts. Google Allo is a texting-only app which together with Duo could have the features of Hangouts. However, Google is clearly not promoting them together as a replacement for Hangouts.

Both Allo and Duo are relatively new apps on the market. They don’t have the same user base as any of the other alternatives. Even though Google tries to push Duo on users, it’s features are more limited when compared to Hangouts. This will lead to existent Hangouts users to switch to Google’s competitors and not to its other newer apps.

It’s important to remember that Hangouts is not going to be removed from Android phones anytime soon. Its optional status means that GMS partners can choose to pre-install it on their phones before they’re shipped to consumers or not. If your future Android phone won’t include Google Hangouts, then you can simply download it for free on the Play Store.

Overall, Google’s recent decision is to both promote its Duo app while shifting Hangouts to enterprise consumers and away from normal, everyday users of the app. It remains to be seen how people will react to this decision. Google Duo doesn’t offer a lot of features without Allo. Users might find it more simple to just use other similar apps like Skype, Facebook Messenger, Viber, and others.

Do you use Google Hangouts? If not, what messaging app do you use?