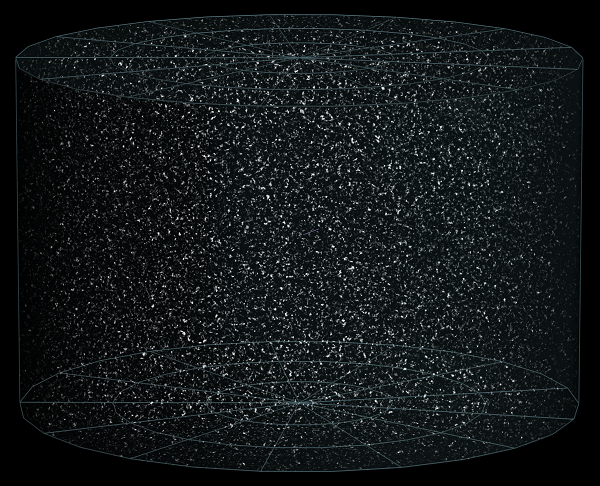 There may be 2 trillion galaxies in the observable universe.

A new study has found that there may be ten times more galaxies in the observable universe. The findings contradict NASA’s previous estimation that there are around 200 billion observable galaxies.

The study was published in the Astrophysical Journal by a team of researchers led by Christopher Conselice of the University of Nottingham, U.K. The previous estimate made by NASA used the Hubble Deep Field images taken in the 1990s. They aimed the telescope at one section of the sky for a period of ten days. The result was the most detailed image of the observable universe at that moment. Using that data, scientists estimated that the universe has around 200 billion galaxies.

However, for the new study researchers used deep-space data from various sources including Hubble. They used it to create a 3D image of all the galaxies in the observable universe. Using this new representation, they could confidently state that there are around two trillion galaxies. The main reason why the new study has a much higher estimate than the initial one is that certain observable galaxies are simply too faint or just far away to be captured by the Hubble Telescope.

According to study’s lead author, their findings have intrigued the scientific community who is fascinated by the possibilities and different properties that each galaxy in the observable universe may hold. The findings have also generated some impatience for a new, more advanced generation of telescopes. Scientists are hoping that they can peer deep into the observable universe and analyze these new galaxies.

One such telescope is the James Webb Space Telescope, which will be launched in 2018. It is considered to be one of the most expensive equipment meant for space ever built by NASA. Thanks to its superior technology, compared to that on Hubble, the James Webb Telescope will provide deeper and clearer images than any other method of observing the universe.

Interestingly enough, there is a possibility that the data provided by new telescope technologies could reveal even more hidden galaxies in the observable universe. The possibilities as is the case with the Universe, might be endless.

What do you think about this new number of galaxies in the observable universe?