You are here: Home / Technology / Google May Be Developing an Eye-Tracking Headset 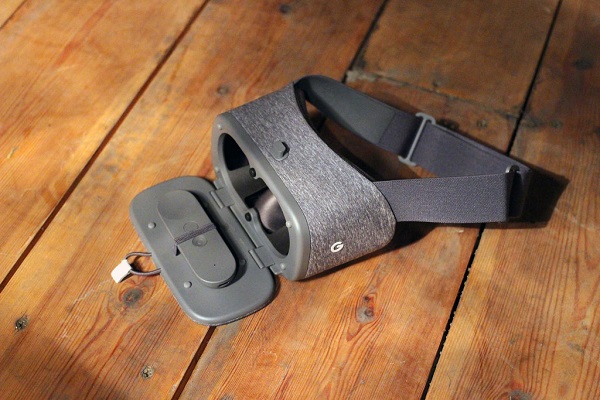 Google might be working on a standalone eye-tracking headset.

A new report from Engadget states that Google has continued to develop a standalone VR eye-tracking headset. The new device will integrate both virtual and augmented reality thanks to eye-tracking technology, similar to the features promised by Microsoft’s HoloLens.

This VR headset project has been rumored ever since July when Google started to assemble a team to work on the device. It’s important to state that their recently announced and soon-to-be-shipped Google Daydream VR is different from this standalone headset, as it won’t require any device to function, be it a smartphone or a computer.

Besides being a standalone headset, which is an impressive feat on its own, especially so when compared to other current devices available on the market, the newly announced project will also include eye-tracking technology. This will allow the device to follow the user’s gaze and will even integrate sensors and algorithms in order to map out the real-life location in front of the user.

This combination of technologies will allow the eye-tracking headset to provide both augmented and virtual reality. It will be able to display digital objects alongside locations, environments, and objects from the real world. According to the reports published by Engadget, Movidius, an AI and computer vision technology company, currently in the process of acquisition by Intel, will provide the chips required for the positional awareness of the eye-tracking headset.

Another interesting report was issued by The Drum, according to which a “wireless virtual reality” device has been approved by the FCC. The filed documents were heavily redacted and thus reveal little information besides the wireless capabilities. One particularly interesting aspect is that it has, Mike Jazayeri, the director of product management for Google’s VR group, mentioned as a contact. Unfortunately, there hasn’t been any more information regarding the link between this new wireless VR device and Google’s standalone eye-tracking headset. Additionally, both Movidius and Google have declined to comment on the subject at this point.

Although the details on the form, design and overall function of the new headset are sketchy at best, it is clear that Google is trying to develop a device that blurs the line between augmented and virtual reality, according to one source. This is similar to Microsoft’s HoloLens, but Google might try to bring the real world into the virtual one instead of enhancing reality with virtual features.