You are here: Home / Tech & Science / Extinct Dolphin May Have Been Spotted 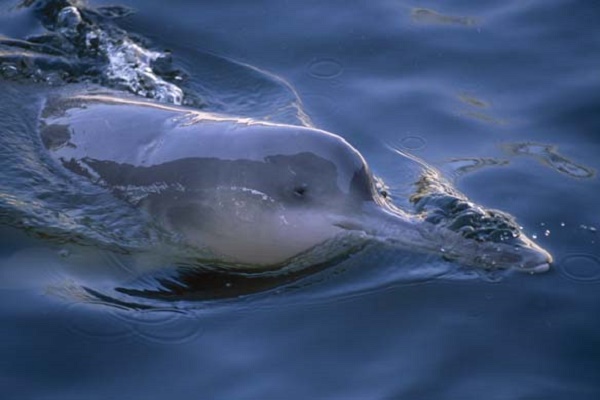 The baiji also known as “goddess of the Yangtze” was a white, almost blind and rather small dolphin

Despite the fact that the baiji dolphin has been declared extinct, a Chinese conservationist said that he saw one. Song Qi is the amateur investigator that has been looking for this species of dolphins and now he declared that he has found one. He supposedly spotted the animal in eastern China.

He made an expedition in search for the animal and he gave interviews for the Guardian about his findings. He said that he is sure that it was that type of dolphin because the dolphin had a specific style of jumping. He also mentioned that he has no doubt about what he saw.

If this discovery is true this could mean that there is hope for this dolphin that has been considered to be extinct many years ago.

The baiji also known as “goddess of the Yangtze” was a white, almost blind and rather small dolphin. In the first years of 2000,’ it was believed that there were no more dolphins like this alive and the species got extinct. In 2006 the species was officially declared functionally extinct. Although researchers surveyed the area they could not find any more baiji animals in 6 years. After that, many people quit searching.

This dolphin had a small population since 1979 when there were only 400 dolphins left. In the 1990s’ only 13 animals remained.

The factors that influenced the decline in the population of this dolphin are pollution, dams and,  boat collisions.

The last baiji was seen in 2002. In 2007 a person reported that he has seen another dolphin but the sight was not confirmed. After the Caribbean monk seal was killed off by overfishing in the 1950s’ this was the most recent big aquatic mammal to be extinct since then.

Song mentioned that he is not an expert and he cannot confirm for sure that what he saw was a baiji. Another problem is that Song and his group did not take any photos of they saw and this makes it even harder to confirm.

Overall if this it confirmed it is great news for this species of dolphin, although many people are skeptical about the findings.

What is your opinion about the findings? Do you think that baiji still exists?