You are here: Home / Tech & Science / Bermuda Triangle May Have Finally Been Explained 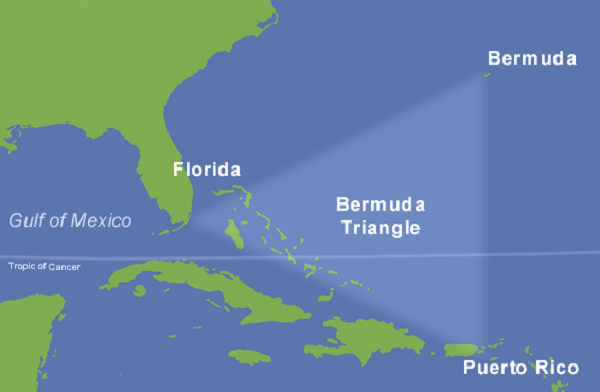 There’s a new theory for the disappearances in the Bermuda Triangle.

Scientists researching the infamous Bermuda Triangle and what caused the disappearance of so many ships and airplanes, have issued a new theory. Their research reveals that the region is home to strange hexagonal clouds that cause the formation of “air bombs.”

If you’re not familiar with the Bermuda Triangle, then it’s important to know that it represents a region in the Atlantic Ocean between Florida, Bermuda, and Puerto Rico. It covers an area of more than half a million square miles, in which a high number of aircraft and ships have been lost or destroyed. The cause of the why the ships suddenly vanished was never actually revealed. This led paranormal and conspiracy enthusiasts to develop all sorts of theories.

However, the new scientific theory might help disprove any absurd conceptions about the area, but even their explanation seems a bit hard to believe. US researchers and meteorologists explained their theory in Science Channel documentary. They claim that the existence of hexagonal-shaped clouds which measure between 20 and 50 miles are the source of very localized powerful winds which can act as “air bombs.” The existence of the clouds was observed through satellite imagery.

According to Dr. Randy Cerveny from Arizona State University, the so-called bombs are formed by microbursts. More specifically, it creates intense blasts of air from the clouds and hit the ocean at high speeds. Besides the devastating direct impact, the blasts can also form large waves when they hit the ocean. The sizes of the waves tend to increase as they interact with each other. They could have been the cause of why some ships suddenly disappeared.

Although the new theory might prove plausible enough for some people, experts have risen to dispute it. Some have contested the idea the hexagonal clouds are the ones causing the microbursts because they do not have the specific cloud signature to create the phenomenon.  Normally, there would be a very large thunderstorm cloud with an opening in its middle.

Others have indicated the high number of ships and airplanes traveling in the area is only relative to the massive amount of ships and planes that travel through the Bermuda Triangle. Overall, this makes their disappearance statistically insignificant but somewhat strange nonetheless.