You are here: Home / Tech & Science / Apes Prove Humans Are Not So Special 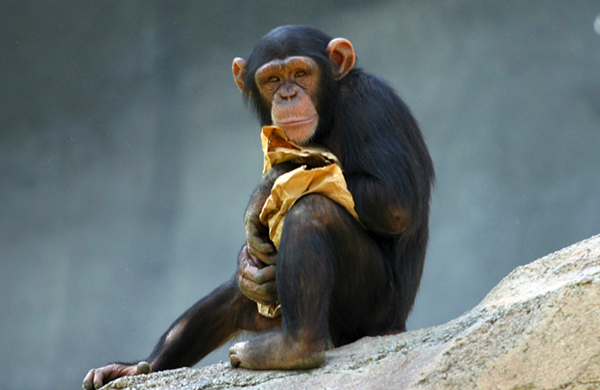 Apes are able to comprehend the mind of others.

Christopher Krypenye, researchers at Duke University, discovered that apes are also able to comprehend the mind of others. It seems that people are not the only ones able of this ability. According to the study, these primates are able to understand others’ mental states, desires, and beliefs.

How did the researcher made this discovery? He watched the eye movements of three species of apes while they were watching videos of a man dressed in a King Kong suit. The man was trying to fool another individual. It seems that the animals were able to anticipate the moves in those videos.

This is the first time when another living creatures were able to pass a false belief test. The researcher wants to do more experiments in the future to confirm his findings. This new study shows us that we are not so special as we could think. Moreover, it seems that this ability has been in the primate family tree for at least 13 million years when the last common ancestors of primates and humans lived. Even though people were able to develop more, apes are smarter than we could have thought. Nobody is able to read minds, humans and apes are able to read bodies.

What is important to understand is that people did not evolve from apes. We have different evolutionary paths, but we share a common ancestor. It is hard to tell when the separation between species was made because there are a lot of mysteries regarding human evolution. There are many researchers who do not think that we are more evolved than other primates. We are just different and we developed abilities which help us survive.

Evolution is still a mystery to us. Even Darwin had some questions as he was not able to see the evolution happening. He relied on fossils, plants and animals found during Earth’s history. However, what we know for sure is that humans and apes are related. It should not come as a surprise that apes have also the ability to comprehend the mind of others.

We are expecting more research regarding this matter in the future.  Researchers want to find out how much of this ability apes have developed. What do you think? Are they as smart as humans?