You are here: Home / Tech & Science / Ancient Stars in the Heart of Milky Way 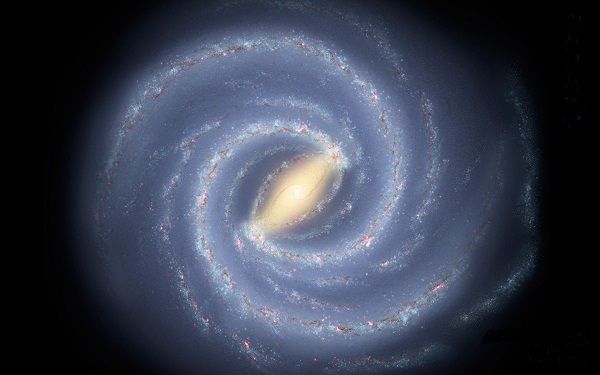 Scientists discovered ancient stars in the core of Milky Way.

Scientists have discovered ancient stars in the core of the Milky Way Galaxy. The discovery has led scientists to believe that the galaxy’s center was formed through the merging of primordial star clusters.

A new study has found that a high number of ancient stars called RR Lyrae variable stars reside in the center of the Milky Way galaxy. The stars were detected using the infrared VISTA survey telescope at the European Southern Observatory (ESO) in Chile.

The variable ancient stars are a common way to measure distances between galaxies. This is because they emit light at a consistent pace and intensity. The light allows scientists to calculate the distance based on the brightness and time it takes the light to travel between objects. Observing the cycle of brightness and dimming of the ancient stars is another method to calculate the distance.

Astronomers and researchers at ESO institution developed a video used to zoom in on the core of the Milky Way, where they detected the RR Lyrae stars. These types of stars are specific to clusters that are older than 10 billion years. The discovery of the ancient stars let scientists to formulate a new theory of how our galaxy formed.

Researchers consider that ancient globular clusters formed stars located in the outer regions of galaxies is what led to the formation of Milky Way. According to Rodrigo Contreras Ramos, one of the study’s leaders, the existence of Lyrae Stars has implications for the formation of the galactic nucleus. The discovery supports the theory that galaxy’s nucleus was formed through the merger of globular clusters. The other leader of the study was Dante Minniti, a scientist working for the Andres Bello National University in Santiago, Chile.

The discovery made by the study combats the theory that quickly accumulation of gas is what formed the galaxy’s bulge. More data research is required to definitely confirm one theory or another.

What do you think about the discovery of ancient stars?