You are here: Home / Health / When Must We Get the Flu Shot? 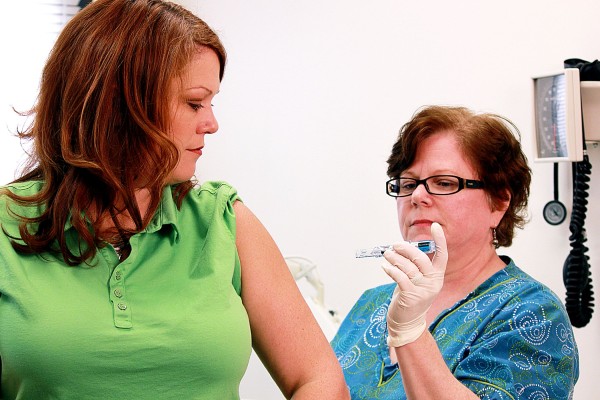 CDC, The Centers for Disease Control and Prevention advises people to start getting the flu shot as soon as the vaccines are accessible in drugstores. In many states across the US, the flu shots are ready since early August. Individuals are beginning to wonder if it is advised to use the vaccines so many months ahead of the flu season or if they must wait several weeks after the shots appear.

Nearly 30,000 Americans die from the flu in a typical flu season and more than 200,000 need to be hospitalized. When the flu shot happens to be less efficient in a year or when there is a nasty strain of the virus, the numbers could be significantly increased. The symptoms of the common cold are similar to those of the flu and include a cough, a sore throat, and fever, but the flu can also be deadly.

CDC declares that trial results demonstrate that the protection of the vaccine could ensure the patient against diseases similar to those recognized in the flu shots for approximately seven months. This happens when the strains of the virus continue to be the same through many flu periods when the protection from virus could continue for longer periods.

Therefore, with a simple mathematical estimation, if the flu vaccines are applied at the beginning of August and the infection might still be alive at the end of May, individuals could not be as defended from the flu strain as one might believe. The flu virus was also seen developing in late Spring in recent years. Moreover, scientists assure people that the effect of shots does not disappear immediately after operating for six months. It is true that in some unusual situations, the effect of the vaccine appeared to be limited for some people, but the protection of the vaccine continued for the entire flu season for the majority of people.

Nonetheless, the least expected category of American adults to get vaccinated are those over the age 65 years old. Besides, the effectiveness of the flu shot might wear off as the season advances for this group of people. Their immune system is known not to react as anticipated to the vaccine making it difficult for the effect of the flu shot to last longer.

According to specialists, the antibodies need more than two weeks after vaccination to develop in the body and begin securing against the flue.