You are here: Home / Health / ‘Watchful Waiting’ As Effective As Treatment For Prostate Cancer 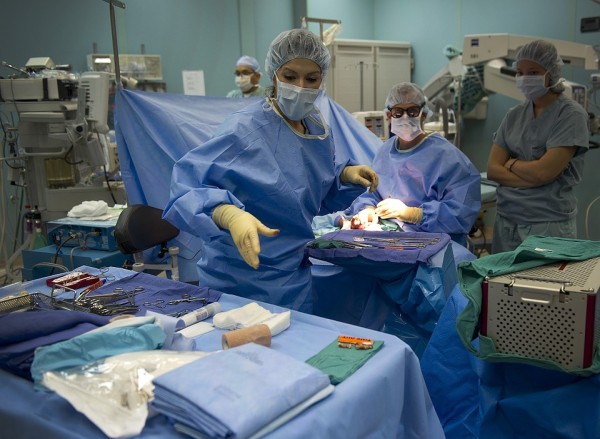 Researchers stated that men with prostate cancer had the same survival rates whether they chose radiation, surgery, or the ‘watchful waiting’ method. The Prostate Cancer Trial involved 82,400 men aged 50 to 69 years old of which around 1,600 tested positive for prostate cancer.

The participants were studied from 1999 to 2009, and they were randomized to receive surgery, radiation or active monitoring.

Specialists from the University of Bristol, Oxford University together with nine other centers in Britain analyzed the side effects of the treatment, cancer spread, and mortality rates.

The findings suggest that whether patients decided to monitor their disease actively, underwent surgery or radiation therapy, their survival rates after a decade were very similar. 99 percent of the patients were still alive after a decade, no matter which of the three treatments they chose.

Only 17 percent of the 1,643 men in the research died of prostate cancer in the next ten years after diagnosis – five in the surgery group, four in the radiotherapy group and eight in the ‘watchful waiting.’

Analysts mentioned that the individuals in the active monitoring group were more inclined to encounter metastasis which is the progress of cancer in other parts of the body. 33 men on active surveillance developed the metastatic condition, contrasted with 16 in the radiotherapy group and 13 in the surgery group.

Nonetheless, this process did not impact the likelihood of dying from the disease or any other illness in the decade after diagnosis. The disease progression in men who chose the ‘watchful waiting’ process had an enhanced rate when compared to the other groups, 112 sufferers compared to 46 each in the radiotherapy and surgery groups.

Men who chose the radiation therapy were more likely to encounter bowel problems after the procedure. The director of the division of radiation medicine at Northwell Health in New York,  Louis Potters, stated that sexual functions in this group were better than in patients choosing other methods of treatment.

The greatest adverse effect on urinary incontinence and sexual functions was found in the group that chose surgery to remove the prostate.

The lead author of the research stated that a fourth of the men that decided to follow the ‘watchful waiting’ method had undergone definitive therapy within three years, and more than 50 percent had quit the surveillance process in favor of treatment for ten years.