You are here: Home / Health / The Earth Has a New Temperature Record 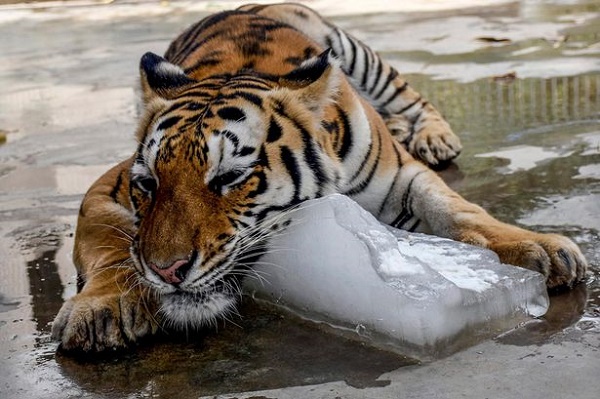 This summer had the highest temperature record that the Earth has ever experienced. This means that the climate change is showing its damage.

The NOAA’s National Centers for Environmental Information revealed that these August temperatures set a record for 3 years in a row. Last month also is the 16th warmest month in a row, and this makes it the longest set of months when the temperature was higher that it was supposed to be.

This summer had the highest temperatures that the Earth has ever experienced. This means that climate change is starting to show the damage that it inflicts on the environment.

NOAA’s records had also shown that this summer (July-August) had 1 degree Celsius over the average temperature in the 20th century. More than half of the World had a temperature record, Indonesia, Central Asia, Africa, Central and South America all experienced higher temperatures in this summer.

Other studies found the same records. For instance, NASA’s Goddard Institute for Space Studies also found that last month was the hottest August since 1880. Despite this, NASA considered August to be the 11th hottest month in a row, not the 16th as NOAA’s records showed.

JMA (Japanese Meteorological Agency) mentioned that from the 4 top hottest Augusts since 1880, 3 occurred in the past 3 years.

C35 (Copernicus Climate Change Service) established that parts of the Southern Ocean, western Russia, and the Canadian Arctic had higher temperatures that the August average.

Another interesting fact is that July was considered the warmest moth of the year, but August took its place in establishing the highest temperature record.

This entire year, from January to August, the temperatures were with 1 degree Celsius higher than the 1901-2000 average.

The factor that has caused this temperature records is Global warming. The temperature has set a record all around the World which means that we are all facing the same issue. Also, many specialists are concerned that the temperatures will continue to rise even more over the years and every year from now on will set a record.

What is your opinion about this temperature record? Did you notice a change in temperature over the years?