You are here: Home / Tech & Science / Tasmanian Devils Are Evolving To Resist Cancer 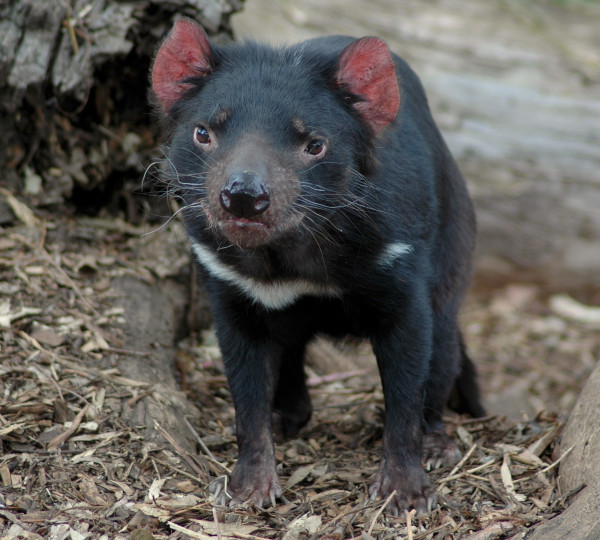 Tasmanian devils are improving their defense to the facial tumor disease

New research has detected that the Tasmanian devils are improving their defense to the facial tumor disease, possibly protecting themselves from extinction.

The international study examined tissue samples obtained from Tasmanian devils over a 17-year period at three sites across the state. The mammals have been identified with genetic mutations that are linked to fighting cancer.

Professor Menna Jones, an associate at the University of Tasmania’s School of Biological Sciences, believes that this is an extraordinary find. She highlights that the Tasmanian devil is developing at a genomic level. The DNA region that is changing in response to the condition is linked to cancer and immune function.

Discovered 20 years ago for the first time, the devil facial tumor disease is transmissible. This illness has decimated the animal population by 80 percent.

Researchers assumed that the animal would build a defense mechanism to cancer, but were amazed of how fast the Tasmanian devils were adjusting.

Usually, when a new disease enters a population it’s highly devastating, and often lethal to that creature. To survive the disease, the animal is put under a lot of evolutionary pressure.

Scientists are assuming that the pathogen — in this instance, the tumor — has become less threatening to Tasmanian devils overtime and the Devils are improving tolerance and resistance.

Hamish McCallum, a professor from Griffith University in Queensland and part of the research team, believes that the conclusions of the study are an amazing turnaround. She also mentioned that seven years ago she published a study that implied these animals should be extinct by now and they are not.

It is hoped that the rates of population decline will slow down and that the species will proceed to adapt to cancer. The only thing that can save the Tasmanian devils is changing and improving tolerance and resistance to the disease.

As part of the species’ insurance population, 60 Tasmanian devils are being kept in the Trowunna Wildlife Park close to Mole Creek. The animal has proven over the past decade — given the 15-year extinction period 12 years ago — that they are a lot more adaptive and flexible.

However, researchers hope the conclusions would assist to better understand cancers in humans as well.