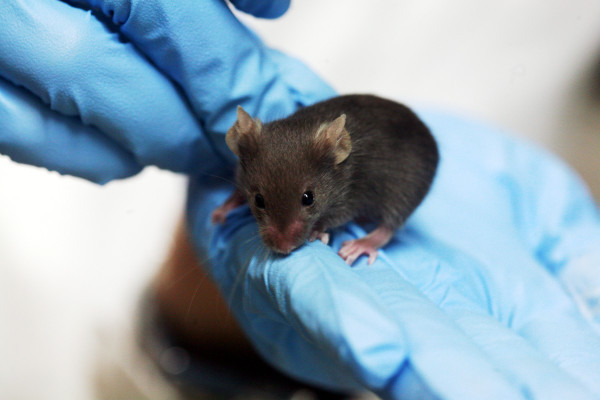 New research managed to create baby mice by injecting the sperm cells straight into the embryos, thus proving that it could be possible to create babies without female eggs.

Scientists at Bath University in the United Kingdom along with the study author and molecular embryologist at the University of Bath, Dr. Tony Perry, mentioned that until now, people thought that the only way to have an offspring is to fertilize an egg with sperm.

However, this is not the only time researchers found unconventional fertilization ways. They previously managed to ‘convince’ an egg to convert into an embryo without using sperm for the process. After the procedure, the embryo soon died.

The scientist’s findings seem to be challenging the belief acknowledged since early embryologists first witnessed mammalian eggs around 1827. When they recognized fertilization 50 years later, they were convinced that an egg cell inseminated by a sperm cell could produce a mammalian birth.

Chemically Stimulated eggs were used by the scientists that acted like fertilized eggs although no sperm was introduced. After around 16 hours, the DNA of the egg started to change, preparing to generate the hundreds of distinct cell types seen in a mouse. When the process ended because it had only half of the genetic complement required, scientists injected the genetic matter from sperm inside the growing egg.

According to the research, one in four mice that were created only by using sperm and an embryo have survived and were able to produce two more generations of offsprings. However, their DNA evolution was characterized by different epigenetic marks than those witnessed during traditional breeding.

Perry is convinced that in the future it could be possible to produce embryos without the original female egg. Although at this stage the only known procedure to conceive an embryo is by utilizing an egg we need to repeat the process in other cell types to discover other ways of fertilization.

A doctor of UK’s Medical Research Council, Paul Colville-Nash, is sure that these new procedures could help establish future treatments for infertility. Future research could enable us to comprehend better how human life occurs and what determines the viability of embryos. This mechanism could create suggestions down the line that point to unique techniques to procreate that exceed IVF methods possible today.