You are here: Home / Tech & Science / Pope Francis Believes That Destroying Nature Is A Sin 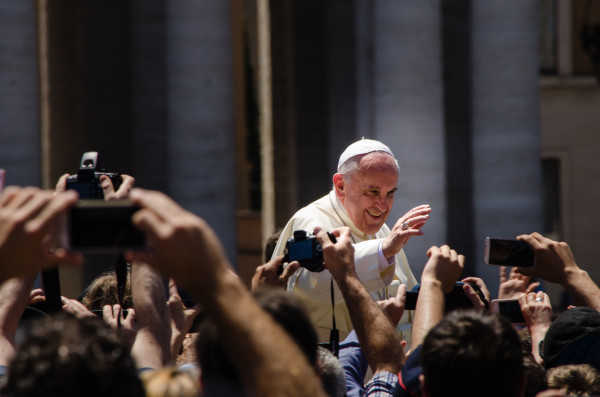 Pope Francis has written a papal text asking Christians to embrace environmental propaganda and climate change as the central part of their faith. He also mentioned that Christians must consider the care for the environment as such legendary acts of mercy as feeding the hungry, clothing the naked, and visiting the ill.

The Pope stated that we have sinned, and humanity has changed God’s creation into a ‘polluted wasteland’ full of rubbish, devastation, and filth.

In his message reported on Thursday, to point the Catholic Church’s World Day of Prayer for the Care of Creation, which the Pope launched last September, the pontiff mentioned that the unfavorable consequence of global warming was being observed by those least culpable for it – the poor and refugees.

In his information for the World Day of Prayer for the Care of Creation, which was celebrated on September 1 he mentioned that when we mistreat nature, we additionally mistreat humans.

Moreover, last year the Pope’s discussion on climate change invited every faithful individual in the world to take action to decrease global warming and defend those harmed by it. Unless we take action, he says that it will lead to even more drastic floods, droughts, fires and extreme weather events.

Pope Francis added that it’s crucial that we have a clear view on what we are doing, about the significance of people, about their individual relationship and relation with God.

We must first think of the wrong done to creation by lifestyles inspired by a corrupt culture of accomplishment which can only create a confused wish to spend more than what is required.

Pope Francis, born in Argentina is the first Pontiff from a developing country that has put environmental causes at the core of his papacy, denouncing what he views as a market-driven economy.

What do you think of the Pope’s involvement in these causes? Please let us know in the comment section below.