You are here: Home / Tech & Science / New Maps Detail Alaska Like Never Before 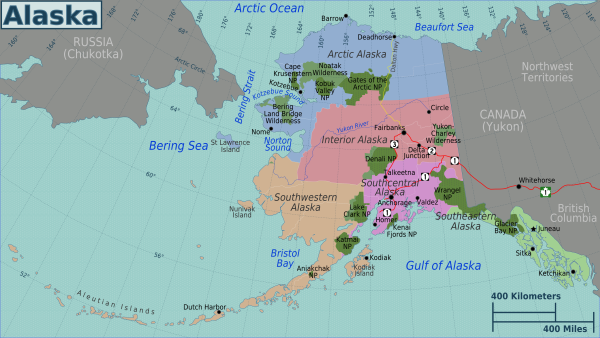 High resolution, satellite based elevation maps ease following changes in the environment generated by climate change. The new digital maps of Alaska have been recently released and they are the most detailed topographic maps of the area so far. They sketch the elevations of the entire country in an exceptionally detailed way.

What you can notice now on the latest Arctic maps are precise details of slopes, mountains, river valleys and any other terrain structure.

President Barack Obama has visited the far-off state of Alaska exactly one year ago and declared we need to produce a better 3D map of Alaska utilizing satellite imagery, drawing all its major characteristics, and now we have 3D elevation maps of the country within our reach.

The manager of the Geographic Information Network of Alaska at the University of Alaska Fairbanks, Tom Heinrichs mentioned that these maps show a clearer picture of Alaska’s landscape than any earlier mapping effort and on a far higher, more consistent scope.

The maps have a finer detailed coverage and a higher resolution. Depending on how it’s processed, the data could have a sub-meter accuracy. It’s both more accurate and more detailed.

Using satellites that take two pictures of the surface, one looking back and one watching ahead in its orbit, the generated ArcticDEMs maps have 3D detailed pictures of the view.

A supercomputer which is a part of the Polar Geospatial Center at the University of Minnesota is given these images that are then joined into the map. Comparing the previous maps with the ArcticDEMs maps is considered a night-and-day difference.

The information will be valuable to all sorts of individuals interested in the Arctic, including climate change researchers, mineral geologists, botanists and others.

Heinrichs continued saying that another major part of the mapping project is that in some regions, maps are being regularly created, so seasonal differences over a few years can be caught. That means melting tundra, snowpack changes, and river or coastal erosion will be shown in Alaska throughout the mapping project.

Although these Alaska maps are more useful than the earlier ones, experts will never discontinue their efforts of developing the maps. The precise mapping of Alaska is just a step of a larger plan, that of defending the region against global warming.