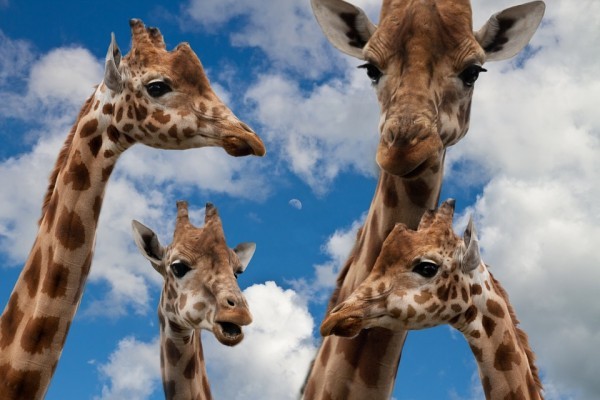 Scientists discovered that there are actually four different species of giraffes and not just one, as thought before

In recent years, the number of giraffes in Africa has significantly decreased to fewer than 100,000 from more than 150,000.

In comparisons to other large animals like rhinoceroses, elephants,  lions, and gorillas, there has been little research made on giraffes.

A geneticist at Goethe University in Germany, Axel Janke, mentioned that the coat pattern variations between the mammals are limited. For the analysis, Janke and his colleagues investigated the DNA samples taken from more than 190 giraffes skin biopsies. They were gathered from across Africa by Fennessy and his team. The specialists studied the mitochondrial DNA, which represents the DNA transmitted to offsprings from mothers. Moreover, they examined seven distinct genetic markers, which show the genetic varieties that denote if communities relate to separate species.

The research team analyzed the samples from all of the nine subspecies that they previously recognized.

Scientists have discovered that the brown-orange patches of the reticulated giraffe are divided by solid white lines that are brighter. Moreover, the Masai giraffe has darker patches that are separated by light brown lines that can reach their legs.

Te research is highly essential for the conservation of the mammals, and it also shows that, unfortunately, some species are already threatened.