You are here: Home / Health / E. Coli Outbreak In Multiple States Due To Beef Products 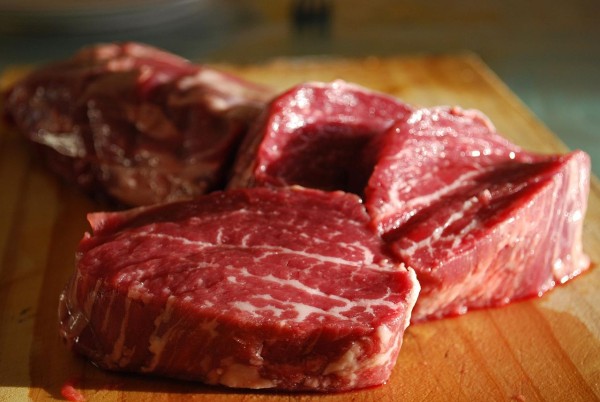 An E. coli outbreak in four states was recently linked by the U.S. Centers for Disease Control and Prevention to bison, beef and veal products. According to the new information, seven individuals aged 1 to 74 years old in Massachusetts, Pennsylvania, West Virginia and Connecticut have been contaminated with E. coli O157: H7.

Five of the seven reported individuals needed hospitalization. There haven’t been any deaths reported so far due to the infection.

The infected products were tracked by the Department of Agriculture, CDC, and other similar agencies in Athol, Massachusetts, to Adams Farm Slaughterhouse. To stop other future outbreaks, Adams Farm Slaughterhouse announced a voluntary recall of their products as a precautionary method. The supposedly contaminated veal, beef, and bison products were packed and processed between July 21 and Sept. 22.

In extension to the interviews of five of the seven E. coli infected individuals, CDC also used a national database created to detect emerging outbreaks. This database looks for DNA matches of the people involved in the outbreaks to see if they were infected by the same source.

According to the USDA, the infected products were shipped to multiple areas, including restaurants,  retail locations, and farmers’ markets in eastern New York, Connecticut, and Massachusetts.

The USDA recommends throwing away all of the recalled meat, both refrigerated or frozen. The customers could also return the infected products that caused the E. coli outbreak to the stores where they were purchased. Moreover, retailers and restaurants are also advised to get rid of the meat products.

After the USDA had instructed Adams Farm to recall goods from animals slaughtered over the last seven weeks, company officials mentioned that the period is unrealistic and unjustified. The company leaders said that they managed to narrow the period that led to the E. coli outbreak to two days in the middle of August. The company is communicating with their farmer consumers to assure that those infected products are not sold to other customers.

Adams Farm officials state that although they want to fully cooperate with the USDA, the association’s over-reaction has a significant impact on their clients. Moreover, the company informs clients that they will stand behind their products, farmer customers and their customers.