You are here: Home / Health / Chickenpox Cases Became Rarer Thanks to 2-Dose Vaccine 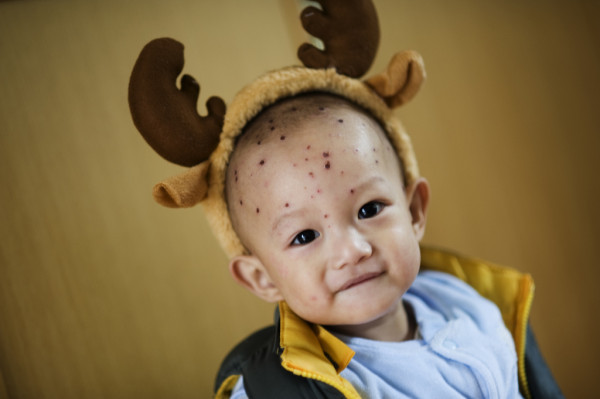 Chickenpox cases had continued decreasing in the United States since 2006

The U.S. health officials mentioned that Chickenpox, which is generated by the varicella-zoster virus, had continued decreasing in the United States since 2006 when doctors started routinely prescribing a second dose of chickenpox (varicella) vaccine.

The disease was once a rite of entrance in childhood. Many adults still carry signs of the disease today. At a period in your life, you would likely get it. Before the vaccination, chickenpox was ordinary. In the early 1990s, more than 4 million Americans on average were getting the virus annually.

According to Centers for Disease Control and Prevention report, of those, as many as 13,500 were hospitalized, and around 150 died in a given year.  However, according to the U.S Centers for Disease Control and Prevention states recording vaccination data remarked an 85 percent reduction in the extremely contagious disease between 2005-2006 and 2013-2014.

Health officials reported that the decrease was highest among children aged 5 to 14. They were also the age group most inclined to receive the subsequent dose of varicella vaccine.

Although most kids who get the disease will undergo mild symptoms like a fever and feeling exhausted, an itchy rash with blisters along, other individuals are more at risk. Any adult or baby with a weakened immune system was in danger of getting the illness.

While chickenpox can be dangerous, the vaccine can help. Those who get a vaccine manage to have a lighter case of the disease if they do develop it, with fewer skin blisters. Children usually received one dose of the varicella vaccine but after newer information learned by doctors, they began supporting administering children two doses of the vaccine. The first must be administered between 12 and 15 months of age and the second between 4 and six years of age.

Thanks to the initiation of the second dose of the vaccine, the CDC mentioned that chickenpox cases have fallen with an additional 84.6 percent.