You are here: Home / Health / Activity Trackers Might Not Improve Weight Loss 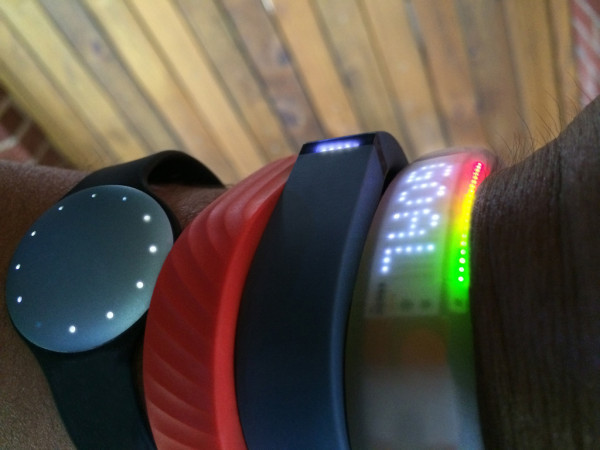 The specialists from the University of Pittsburgh and the Weight Management and Physical Activity Research Center analyzed more than 500 overweight people who wanted to lose weight.

The researchers decided that the participants should be aged 18 to 35 years old so that they would be accustomed to utilizing technologies such as activity trackers. Before starting the study, the volunteers’ general health condition was evaluated, and they were also weighed.

During the first half of the year, participants followed a low-calorie diet which aimed to provide a steady weight loss. Furthermore, volunteers were asked to complete at least 100 minutes of moderate weekly activity. Participants also had to attend weekly counseling sessions and keep daily exercise and food diaries.

The experiment began by the end of month six when all of the participants had lost weight.

Half of the group was asked to wear activity trackers that would monitor their physical activity and give feedback if they achieved calorie, steps and activity goals. The other half of the volunteers were required to log their daily exercise on a study website.

John Jakicic, the lead author of the study and a professor in the department of physical activity and health at Pittsburgh University, mentioned that he was confident that the group using activity trackers would exercise more, monitor their exercise and calories better and lose more weight than the self-monitoring group.

The study last 18 months and the participants wore the activity trackers most of the days and logged their activity on the study website.

Two years after the study began and 18 months of tracking the daily activity, all of the participants returned to the lab for measurements. Although some of the volunteers regained some weight, they were all thinner than at the beginning of the test.

Individuals who wore activity trackers were on average eight pounds lighter that two years earlier. However, those not wearing the trackers weighed nearly 13 pounds less than at the start.

Jakicic mentioned that although the reasons for this unusual finding are not immediately clear, he believes that people using the activity trackers concentrated more on the technology and neglected to focus on their behavior.

The lead author of the study also stated that the trackers represented less motivation to move and that when the users realized that it is impossible for them to accomplish their daily goal, they would just give up.