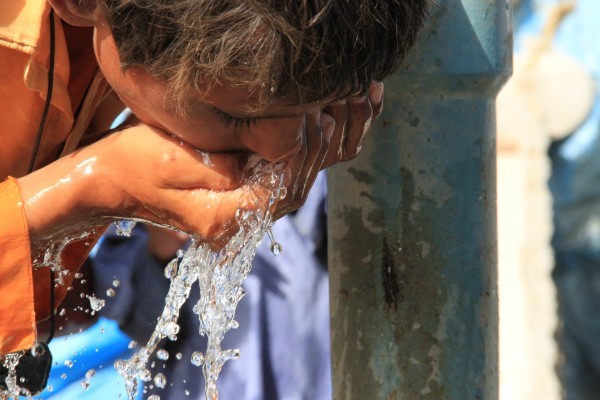 Researchers concluded that over six million Americans might be exposed to unsafe drinking water.

After analyzing the levels of industrial chemicals in over 36,000 water samples from all over U.S, researchers concluded that over six million Americans might be exposed to unsafe drinking water.

The levels of these chemical known as polyfluoroalkyl and perfluoroalkyl substances (PFASs) surpass the recommended safety values for over 6 million people living in the United States. The only way people can find out if their water has a high concentration of PFASs is to get it tested.

Cindy Hu, from Harvard T.H. Chan School of Public Health’s department of environmental health, stated that the regular methods that are being used to treat our water cannot remove these chemicals.

The chemicals have considerable health effects, and the main way to get exposed is by drinking infected water.

Although the water is contaminated with this chemicals, she doesn’t believe that drinking bottled water is a solution because of the chemicals from the plastic bottles that might leach into the water. Even if you know that your water is contaminated, there is not much you can do because conventional water filters found at supermarkets cannot remove PFASs from water either.

There are other filters that are known to remove PFASs but they are very expensive, so, people are not given much choice.

Researchers also examined the levels of chemicals in wastewater treatment plants. The plants that can remove PFASs could infect the groundwater. Moreover, the sludge from these plants is mostly used as fertilizer.

Studies have shown that PFASs that have been used for the past 60 years in industrial and commercial products can remain in the body for years and are almost never released in the environment.

Researchers highlighted that 66 public water supplies that cover 6 million Americans had at least one water unit that contained above the EPA recommended safety limit of 70 parts per trillion PFASs.

One of the researchers advised people to confront their local department of health and ask for more details about PFASs in their drinking water.

Even at lower levels, exposure to PFASs can be harmful, especially for pregnant women. These chemicals can trigger many health problems, including higher cholesterol levels, cancer, compromised immune system and hormonal disruptions.