You are here: Home / Tech & Science / One Year Countdown for the Next Total Solar Eclipse Begins Sunday 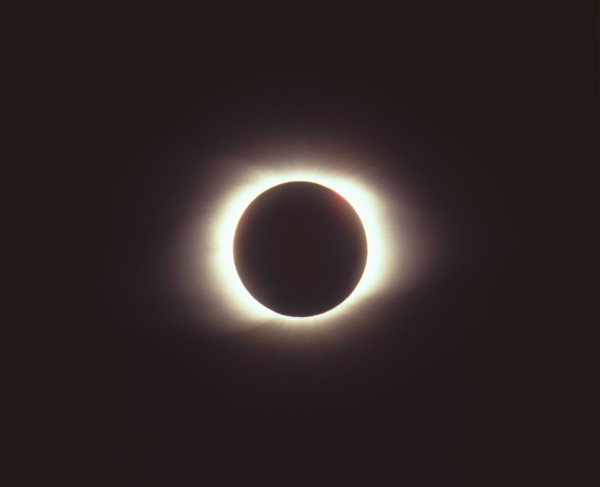 Next year’s eclipse will darken skies all the way from Oregon to South Carolina, along a stretch of land about 70 miles (113 kilometers) wide. The eclipse expert Jay Pasachoff, an astronomer at Williams College in Massachusetts believes that this event will be an unforgettable experience and a great opportunity.

As seen from the Earth, a solar eclipse occurs when the Moon passes between the Sun and Earth, and the Moon fully or partially blocks the Sun. This can happen only at new moon when the Sun and the Moon are in conjunction. If the Moon were in a perfectly circular orbit, a little closer to the Earth, and in the same orbital plane, there would be total solar eclipses every month. However, the Moon’s orbit is inclined at more than 5 degrees to the Earth’s orbit around the Sun.

The latest total solar eclipse took place on the 26th of February 1979. The 2017 solar eclipse will mark 99 years since such an event was available to people from coast to coast.

Most solar eclipses are of partial variety in which the moon covers only a part of the sun. Moreover, two to five partial solar eclipses take place every year on average but total eclipses are less likely to happen. They only occur once every 18 months.

Furthermore, the narrow path of totality is often inaccessible to sky watchers so a total solar eclipse that occurs over populated areas is quite special.

If you plan to see the 2017 eclipse, never look directly at the Sun without proper eye protection. Permanent eye damage might occur if the specially made solar filters or eclipse glasses aren’t used while observing the Sun.

If you are unable to see the August eclipse, in 2024, another total solar eclipse will darken the skies above Mexico and Texas, up through the Midwest and northeastern U.S.

Nevertheless, in some ancient and modern cultures, solar eclipses have been attributed to supernatural causes or regarded as bad omens. It can be frightening to people who are unaware of its astronomical explanation, as the Sun seems to disappear during the day and the sky darkens in a matter of minutes.