You are here: Home / Tech & Science / The Second-Oldest Shipwreck Confirmed By Explorers in Lake Ontario 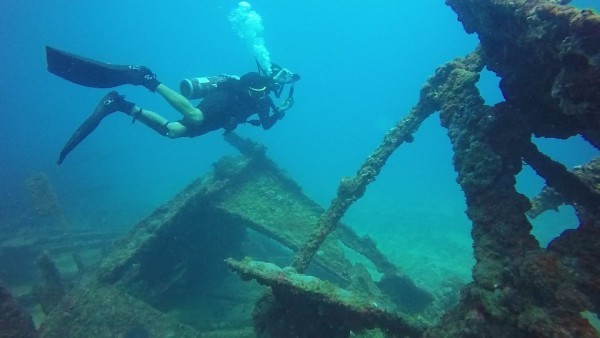 A team of underwater explorers confirmed the second-oldest shipwreck in Lake Ontario. The ship, named Lady Washington, dates from the 18th century and is believed to have been built in 1797 in the Erie County.

Moreover, scientists think that it was one of the first commercial sailing vessels in the Great Lakes.
The explorers noted that the shipwreck is 53 feet long and is the second intact oldest vessel found after they have discovered a British naval vessel a few years back. It is believed that its cargo capacity is about 36 tons.

The ship was originally used to transport people and goods between western New York, Pennsylvania, and Ontario. After being sold to Canadian merchants in 1802 it was placed on skids and hauled by oxen teams across the Niagara Isthmus to Lake Ontario.

When the 18th-century sailing ship sank in 1803 it was delivering cargo from Kingston to Niagara and it is believed that a violent storm sank the vessel and killed all five men on board. The shipwreck hunters first saw the ship in June this year but only one month after the initial discovery it was confirmed that the wreckage belongs to this vessel.

The shipwreck search team led by Jim Kennard was using high-resolution side scan sonar equipment when they found Lady Washington. Since he first started diving and exploring the lakes in the Northeast in 1970, Kennard said he had discovered more than 200 shipwrecks but this is, by far, his most important finding. It is something that will be meaningful for archaeological research.

This discovery is not only psychologically important but it could also reveal the earliest shipbuilding techniques on the Great Lakes ever examined. It opens doors for a better understanding of what was life like during the older times on the Great Lakes.

The National Museum of the Great Lakes mentioned that the sunken wreckage was moved by a remotely operated vehicle so it could be measured and documented.

Shipwrecks similar to Lady Washington are protected by state and federal law from unauthorized disturbance and cannot be taken out of the water.

The oldest military ship to have been found in the Great Lakes, the HMS Ontario, was presumably lost in 1780 and was found by Kennard and his men in Lake Ontario in 2008.