You are here: Home / Health / Lesbian, Gay Students are More Likely to be Assaulted 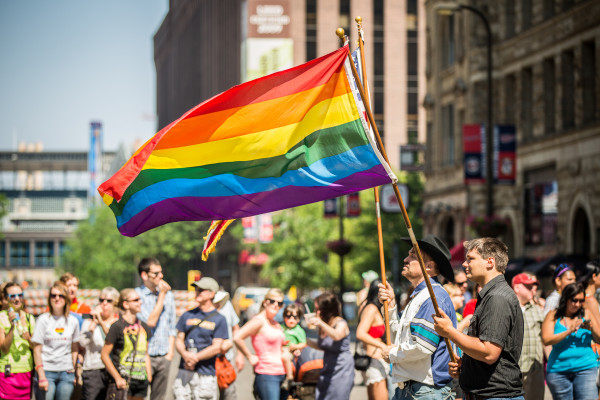 LGB students are more likely to be assaulted than their straight colleagues.

A new study revealed that lesbian, gay and bisexual (LGB) students are more likely to be assaulted, bullied or attacked than their straight colleagues.

Another worrying finding is that they are also four times more likely to attempt suicide.

The Centers for Disease Control and Prevention (CDC) also analyzed other variety of risks like consuming illegal drugs or engaging in other risky behaviors.

The findings of the CDC study were heartbreaking: approximately one in five LGB students confessed being raped at some point in their lives in comparison to one in twenty heterosexual students. Moreover, one in five LGB students admitted being assaulted by someone who they dated in the past year. That was more than twice what straight kids reported.

More than one in ten LGB students said they had missed school in the past months because of safety concerns, while less than one in twenty heterosexual kids mentioned the same.

The most concerning note in the CDC’s report is when it comes to suicide attempts. Nearly 43 percent of lesbian, gay, or bisexual students in grades 9-12 considered suicide, 38 percent made a plan while more than 30 percent attempted suicide. Among straight children, only one in 16 reported having considered suicide.

The study reveals the importance of creating safe environments for lesbian, gay and bisexual students. Families, communities, and schools must come together and try to reduce the risk of suicide among LGB students.

The connections with caring adults and the acceptance of family can make a difference when it comes to improving the lives of over 1.3 million high school teens who reported suicide attempts.

The CDC study revealed that LGB students are more likely to be socially vulnerable. They are isolated and are targeted by bullies for being different.

Unfortunately, there are many stories of homophobic bullying not being taken seriously which can have a life-long adverse effect on health outcomes, employment and overall quality of life.