You are here: Home / Tech & Science / Was the 3000-Year-Old Skeleton a Human Offering to Greek Gods? 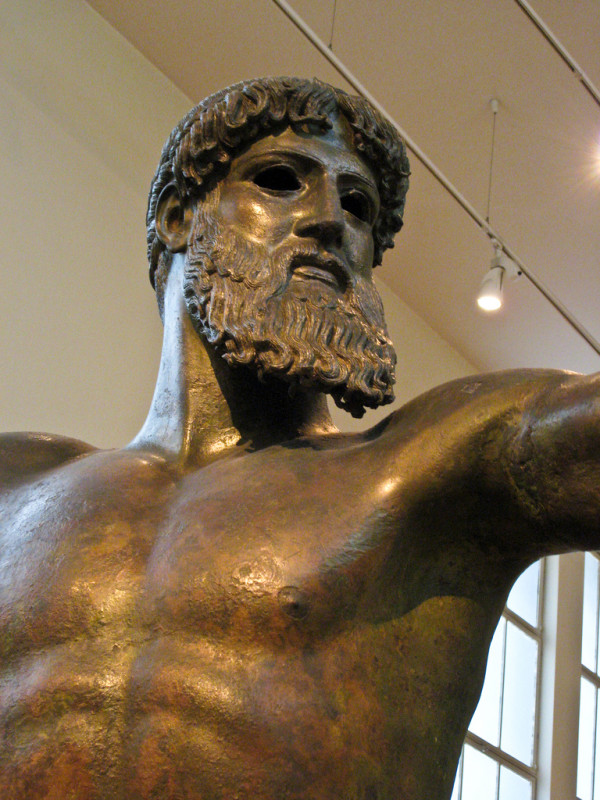 A recently discovered 3000-year-old skeleton is believed to be a human sacrifice offered to Zeus, one of the Greek Gods.

The skeleton was discovered in an altar dedicated to Zeus at Mount Lykaion in Greece, according to the Hellenic Ministry of Culture, Education, and Religious Affair.

Archaeologists from the Mt. Lykaion Excavation and Survey Project carried the excavation this summer. The scientists admitted that the excavations started in 2007.

The skeleton is thought to be a teenage boy, and it has been found by the archaeologists along with drinking cups, other animal offerings, coins, vases, and animal and human figurines.

Scientists believe that the 3000-year-old skeleton has been a human sacrifice to Zeus, the ancient Greek God of sky and thunder. Many ancient literary sources have specified that human sacrifices usually took place at the altar but until now there has been no proof of this practice and no bones were discovered at the site.

The ancient writer Pausanias (A.D. 110-180) told the story of a king named Lycaon who was transformed into a wolf while sacrificing a child. He was pouring out the child’s blood upon Zeus’s altar and, according to the legend, after finishing the sacrifice, he immediately turned into a wolf.

The archeologists said that much of the altar is still to be excavated and that they do not know for sure whether the teenage boy was a human sacrifice for the Greek Gods. Although they cannot confirm that the kid was a sacrifice, they mentioned that their discovery was a sacrificial altar where it was highly improbable for someone to bury an individual.

Zeus was the King of the Gods and the God of the sky, weather, law and order, destiny and fate, and kingship. He was the youngest child of the Titans Kronos (Cronus) and Rheia. Kronos devoured each of his children as they were born, but Zeus escaped this fate when his mother spirited him away, handing the Titan a stone substitute wrapped in swaddling cloth.

Zeus’s messenger was Iris, the winged goddess of the rainbow, who simply relayed messages verbatim and delivered commands to the other gods.