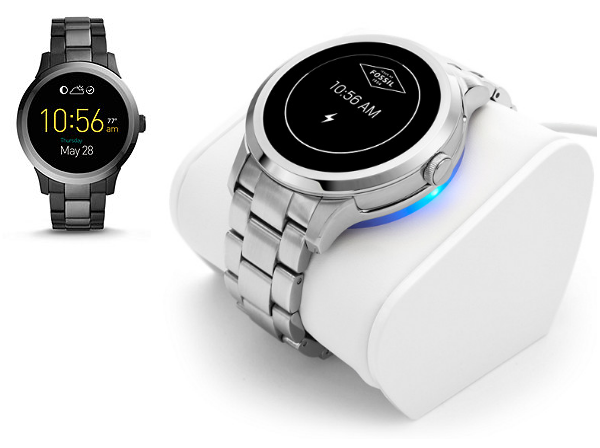 The two new devices will be available for pre-order starting the 12th of August through the Fossil website.

Fossil has already made a name for itself as a trustworthy and innovative watch brand, and now, with its Q Marshal and Q Wander smartwatch models, wants to become a competitor for the leaders on this market.

The smartwatches maintain the aspect that has been a company standard for decades while innovating by adding features that people expect from their smart devices.

The novelty in comparison to other similar smartwatches is that both devices support Android Wear but are also compatible with IOS. Usually, smart devices are either compatible with Android or IOS; they rarely are interchangeable.

The Q Wander and Q Marshal smart devices have an always-on display which brands are now considering that is more energy efficient than just locking and unlocking their device’s screen. Both smart devices vibrate when the user receives notifications and are featured with a 45mm case size. Moreover, the two smartwatches include magnetic chargers for wireless charging, sensors for activity tracking, microphone and speakers for voice control.

The difference between the two devices is that Q Marshall has a more vintage, rugged look while Q Wander has a more delicate design.

In comparison to other smartwatches, one important feature is missing from this smart device. It has no heart rate sensor which is considered one substantial feature that helps to monitor the physical activity or sleep quality.

The step goal setting and activity tracking feature are similar to most wearables. The straps are interchangeable, and you can also customize your watch faces and change the way it looks in case you get bored with your device.

The smartwatches join a lineup of Q family smartwatches that Fossil representatives say will soon number more than 100 watches; the present number of devices is more than 20.

Fossil representatives announced that both the Q Marshal and Q Wander smartwatches which will have a starting price of $295.