You are here: Home / Health / Edible Food Packaging Could Be The Answer To Plastic Pollution 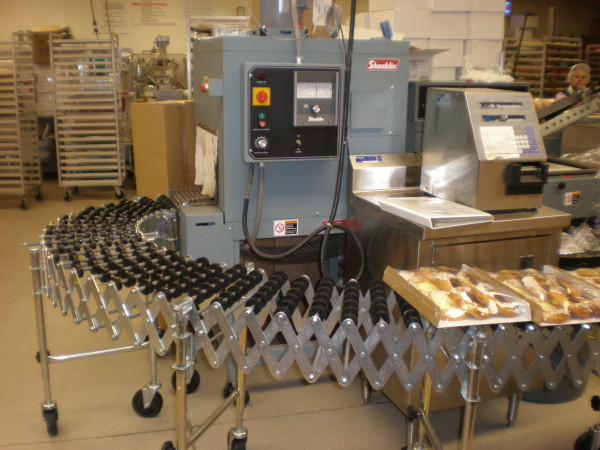 An edible packaging film made almost entirely of the milk protein casein.

Scientists in the US are producing an edible packaging film made almost entirely of the milk protein casein. The only people that could oppose to this idea are individuals that fight the dairy industry or those that are sensitive to casein.

Ecologists and not only them, believe that reducing plastic packaging is crucial if we ever want our future culture to get anywhere near sustainability. With this poorly produced plastics, we’re quickly poisoning every square inch on earth.

This kind of plastic can be much more challenging to recycle and could even be adding harmful chemicals to your food. The most important ways we can help are either finding better options to these single-use plastic films or modifying our entire food system which is also an imperative future task.

Researchers at the US Department of Agriculture (USDA) may have discovered one solution, in the form of a milk-based film that has been confirmed to be up to 500 times better than regular plastic films at holding oxygen away from the foods covered in it. The edible packaging would be an exceptional way to battle that waste.

Rather than shredding the pouch open, emptying out the contents, and tossing away the package, you could apparently drop the whole thing in your coffee or soup.

Further applications involve filing pizza boxes with a casein layer in order to serve as a safer, as well as biodegradable option. Moreover, by sprinkling cereals with casein rather than a sugar coating could keep them from getting soggy right away in milk and it will also reduce the sugar content in these foods.

The researchers revealed an earlier variant of the film utilizing pure casein but discovered that it was very hard to handle because it immediately dissolved in water. They then added citrus pectin to the casein, along with some other enhancements thus making a stronger material, less sensitive to high temperatures and humidity.

Although the material is edible, the casein-based film doesn’t necessarily have much taste, but this could be changed in the future by adding vitamins, probiotics or flavorings.

Do you believe that this new edible packaging film is the way to battle the waste problem which threatens the world? Please give us your opinion in the comment section below.