You are here: Home / Health / Brain-Eating Amoeba Claims the Life of 11-Year-Old in Fla. 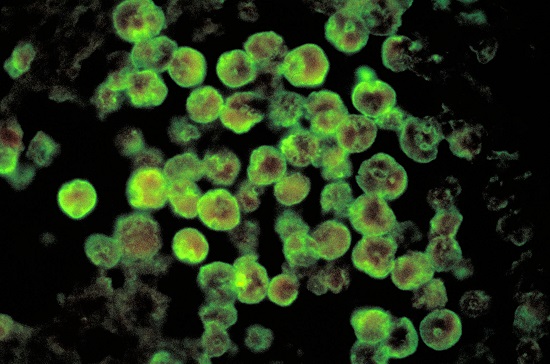 A freshwater brain-eating amoeba known as Naegleria fowleri has recently killed a 11-year-old girl from South Florida. The girl, who contracted the parasite in July, died in a South Carolina hospital Friday.

Doctors believe that the young girl got the infection after swimming in a poorly sanitized river on a private property.

N. fowleri is known to trigger a rare disease called primary amoebic meningoencephalitis (PAM). In the U.S., there were only 37 documented PAM cases over the last decade. The amoeba can usually be found in pods, lakes, rivers, and streams when water temperatures rise.

People can get the tiny parasite in their system through their nose, researchers explained. Once it enters the nose, the amoeba can crawl up to the brain where it starts feeding on brain tissue. Once the amoeba reaches the brain chances of death jump to 97 percent. So far, only three patients were able to survive the condition.

ClinicProfunda, a pharmaceutical company from Orlando, has developed a drug that can treat the condition. The drug has helped two patients recover. The company’s chief executive explained that in such cases every hour is critical since the sooner a patient gets the drug, the higher his or her chances to survive are.

But for Hannah Katherine it was too late. On Friday, her family announced that the girl has died despite doctors doing “everything in their power” to save her. In a heart-breaking Facebook post, the girl’s family members called for prayers for her soul and expressed their hope that she will “join the angels in heaven.”

The family said that they have been praying for a miracle all this time, while her mother said she has the feeling that Hannah is still with her, encouraging her to go through her day.

“My baby girl will always be with me.”

Between 2011 and 2015, the brain-eating parasite killed three kids in Australia. As a result, state authorities launched a campaign to raise awareness about the risks of the brain-devouring amoeba among population. Since there isn’t any cure yet, the campaign mainly focused on prevention.

According to the campaign, the amoeba can lurk in “untreated warm, water, above about 25 degrees.” Local communities are urged to sanitize the water and filter it especially if children play in it.