You are here: Home / Tech & Science / Stephen Hawking’s Theory Regarding Black Holes Might Be True 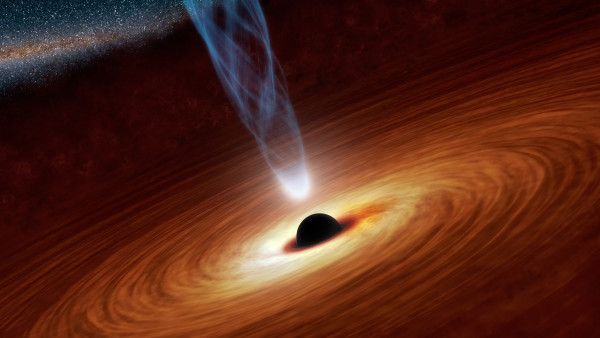 Stephen Hawking’s theory that black holes emit amounts of radiation and evaporate over time has been reported true by Israeli physicists.

In 1974 Stephen Hawking mentioned that black holes are not the bottomless pits we think they are. He thought that some information could escape the black hole in the form of energy, or Hawking radiation.

A black hole is a region of spacetime exhibiting such strong gravitational effects that nothing- including particles and electromagnetic radiations, such as light – can escape from inside it. The theory of general relativity predicts that a sufficiently compact mass can deform spacetime to form a black hole. The region from which no escape is possible is called the event horizon.

Using extremely cold atoms trapped in a laser beam, Jeff Steinhauer, a physicist at Technion University in Israel, has created an analogue black hole. It was made out of a very thin cylinder of liquid confined in the space of a laser beam. When he applied a second laser beam, it created something similar to a stair that the atoms managed to cross over like a waterfall. As the atoms poured over they reached speeds that surpass the speed of light.

Because the liquid is flowing faster than the speed of sound, no sound waves should be able to escape, except for Hawking radiation. Steinhaeur’s experiment showed evidence that the particles should be quantum entangled with each other which was part of Hawking’s calculations in 1974.

He considers that people are not trying to understand the black hole but more the laws of physics. To gather the data for his recent study, Steinhaeur has continuously worked on the experiment for seven years, from 2009, and had to repeat it 4,600 times which is the equivalent of 6 continuous days of measurements.

Some scientists are still skeptical of the findings but Steinhaeur believes that his work confirms the existence of Hawking radiation.

Wanting to understand gravity at more than a beginner’s level, Hawking’s radiation is believed to be an important first step. If the results hold up, this could be the key to unveiling the black hole’s mystery and forge a unified theory that merges quantum mechanics with general relativity.