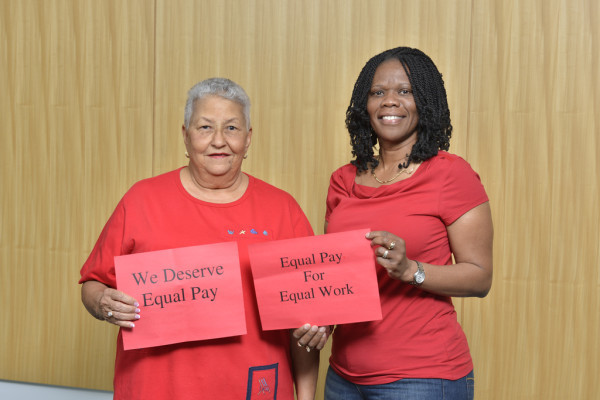 Although the United States celebrated the 45th annual Women’s Equality Day on Friday, people are still asking if men and women are equal.

Women got men in charge to support them 72 years after they began the fight for their rights but it doesn’t seem to take that long to make similar changes in the present.

Women’s Equality Day was declared on August 26, 1971, to acknowledge the ratification of the 19th amendment ― the amendment that legalized a woman’s freedom to vote.

Despite the slow improvement in earnings on average, more women are earning more than their husbands. Moreover, men frequently understand the importance of making a contribution at home.

A new study shows that men are more likely than women to assume that work is interfering with their family life, and are in search of employers that allow workplace flexibility and paternity leave.

The growing presence of stay-at-home dads and breadwinner wives, although still minorities, is changing people’s beliefs about the appropriate roles for men and women.

However, a recruiter lately said that women should not wear engagement rings, especially expensive ones, to interviews because sexist assumptions will get them rejected, like her being soon to be married and possibly a future mom that must take care of her child.

Moreover, a respected male recruiter who is writing for a national outlet encourages women to pretend to be single to get a job, something no man would ever have to do. Women still get passed over for promotions or jobs because after giving birth they need time to rest or their babies need 24/7 attention and care for months after they are born.

These things also affect men because it has been shown that diversity in businesses, in both gender and racial, do better in the long run.

Yet no one can deny that things have changed for the better for women. They are now the majority of workers in management, professional, and similar occupations. It should not come as a surprise given their dominance in higher education.

There is still much to be done like making a collective effort to reduce the pay gap. Companies must attempt to reduce more subtle barriers that decrease the likelihood that a highly qualified woman or minority is promoted, hired, or given an earned raise.