You are here: Home / Technology / The Pokémon Go Epidemic Is Upon Us 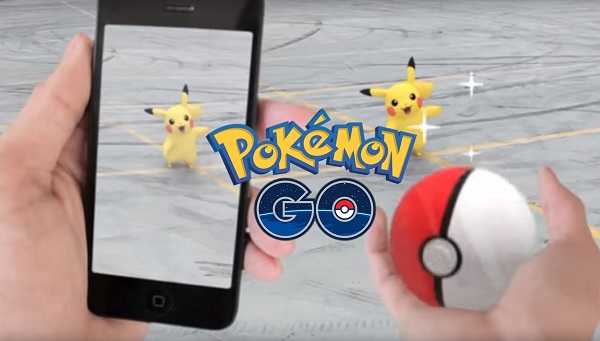 Pokémon Go has been available in the United States since this Thursday. However, the game is starting to become a worldwide sensation, sending people on the streets in search of the legendary creatures.

The new game uses augmented reality, making it possible for players to hunt pokémons in real life. In a way, the phenomenon could be considered a worldwide LARP session (considering there are already people dressed as Ash or Team Rocket searching for the creatures on the streets).

Now that the Pokémon Go epidemic is upon us let us see how this new viral trend has been affecting the fans of the anime series.

Gamers have a reputation when it comes to physical exercise. However, this new augmented reality game is driving people to get outside their house, leave their comfy couch and consoles and face the outside world.

Some players declared that they realized that they were outside, walking for miles on end just to catch a wild Rattata.

Some players reported that they found a pokémon while in the bathroom. Other adult enthusiasts of the game found some specimens in strip clubs.

Unfortunately, some individuals are so hyped about the sudden apparition of the pokémons that they activate the game even when they are behind the wheel. This prompted the authorities to create signs, notifying drivers that safety should always come before a Pikachu.

Some players who were looking for a Gym to train their newly-acquired pokémons stumbled into old churches, even police stations.

There is even a Massachusetts resident, Boon Sheridan, that lives in a house built on the site of an old church. Ever since Thursday, the man has constantly been tweeting the number of people hovering around his house with their eyes glued to their phones.

Poke Stops are set near playgrounds or the mall, or other crowded locations. While this is cute when it comes to children or even teenagers, imagine how weird an adult male looks while standing next to a playground, fiddling his phone.

Shayla Wiggins, a teenager that was chasing pokémons in Wyoming, stumbled upon a dead body in a river. In Missouri, four teenagers got themselves arrested because they were using Poke Stops to lure other players and then rob them.

Now that the Pokémon Go epidemic is upon us, caution is needed. Remember to look both ways when crossing a street to catch a wild Digglet. And no matter if you see a Magikarp or a Meow, don’t play while driving.