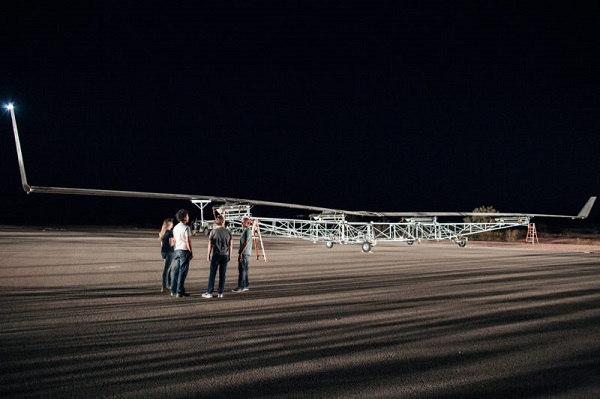 Facebook has just reached another important milestone in the company’s development beyond being just a social network. According to a recent announcement, project Aquila has passed its first flight test with flying colors.

For those unfamiliar with Facebook’s efforts of bringing the internet to people in remote parts of the world, project Aquila is a solar-powered drone which will use lasers to connect people to the internet from the skies.

The first flight – which lasted 96 minutes – was the first physical step towards making Facebook’s Internet.org initiative come true. But the tech giant is not the only one trying to beam the Internet into people’s homes from the sky.

But what exactly differentiates these three important projects, all of which hope to accomplish the same purpose?

Firstly, Facebook’s Aquila drone has a wingspan wider than a Boeing 737 while weighing some 1,000 pounds (almost 453 kg). Thanks to this lightweight, Aquila will be able to remain airborne for a longer time.

At the moment, the solar-powered drone uses roughly 5,000W of power while at cruising altitude. Hopefully, Facebook will manage to decrease the power consumption further.

Even though it’s controlled by a ground crew, Aquila is able to automatically take off and land. At 80 mph/128 kmph, the plane is so precise in beaming down Internet that it can “hit a dime more than 11 miles away,” according to Facebook.

Secondly, there’s Project Loon, which Google says it involves a network of floating balloons that will bring internet connectivity to remote and/or rural areas. India was the first place where Google has started testing out Project Loon.

As the Project Loon balloons will start being sent into Earth’s stratosphere, using layers of wind to travel across the surface, Google hopes to finally build a large communications network.

And then there’s Microsoft’s White Space Project, which will also be tested soon in India. The company has already been testing in other countries, such as USA, UK, Jamaica, Namibia, Philippines, Taiwan, and others.
Image Source: Venture Beat