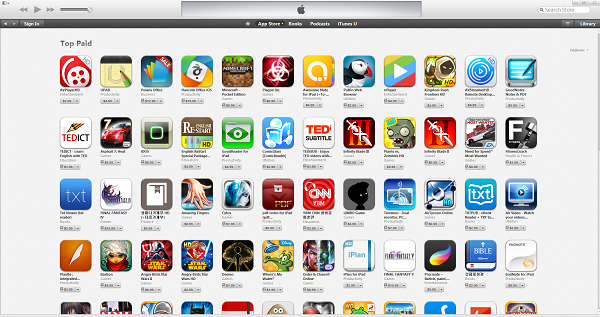 Apple needs to improve its App Store Web view layout, and 9to5 Mac has given the tech company some useful recommendations.

Ales Nesetril, an STRV designer, explained why and how the tech giant should try to revamp its platform so the shopping experience would be improved for users on various devices.

Other platforms, like Android, have already started experimenting with improving their services, so Apple should not remain behind. Mr. Nesetril’s advice could help Apple stay in the lead in the competition between Android and iOS services.

The expert’s recommended layout will enable iOS users to download apps on their smartphones from the web. He also published an analysis which highlights the limitations web users currently experience while going through Apple’s suggested apps section.

Google’s decision to allow users to install Android apps directly on their smartphones from the web version of the Google Play Store has proved as a great way to create a more wholesome shopping experience for users accessing the app store from a web browser.

Google has employed a one-click setting which allows Android users to ramp up apps more easily via web services. When you compare their method to Apple’s, the tech giant’s reminder that users need to launch iTunes desktop app from its iTunes web views makes the process rather time-consuming.

At the same time, iOS users are also more prone to overlooking certain apps when they are browsing online. Mr. Nesetril has also encouraged Apple to redesign some of its basic elements, such as navigations, reviews, and others.

By doing so, he claims users will be more likely to “browse through the platform and shortlist apps from single app listing pages.” He suggests Apple should replace the “Overview, Music, Videos, Charts” links with “Featured, Chart and Categories.”

The ideas are not bad and Apple could certainly do with some more users navigating the platform. A simplified layout may potentially drive up the usage of Apple’s Store.

Mr. Nesetril’s suggestions focus on Apple’s need to employ a major makeover for its web view layout. The tech giant has yet to respond to his suggestions, but it’s possible the company will take these recommendations into account.