You are here: Home / Health / Americans Waste A Lot of Edible Food, Study 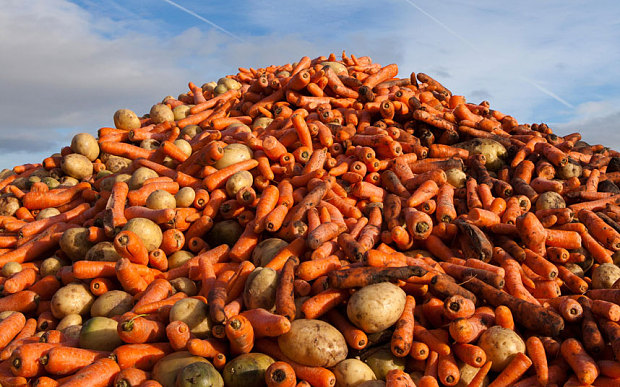 Americans love their food, but not enough to not throw a lot of it away. A new study featured in the peer-reviewed journal Plos One focused on the food waste that covers the nation like a plague, and, surprisingly, it is just the second large-scale papers on the matter.

Back in 2010, researchers found that roughly 130 billion pounds of edible food were left uneaten – both at the consumer and retail level. To put things into perspective, that number is the equivalent of about 1249 calories per person per day that were thrown away.

In spite of the initial intuition that restaurants or the food industry is the main culprit here, two-thirds of the total amount of food waste was attributed to consumers. This means that instead of eating the food they purchase, a lot of people waste it.

Beyond the astonishing waste of resources, the paper also highlighted the negative impact this behavior has on the environment. Around 95 percent of the total food waste ends up in landfills across the United States.

According to Brian Roe, a professor at the Ohio State University, the results offer enough data for concerning authorities to start developing targeted efforts to reduce the annual food waste.

“If we can increase awareness of the problem, consumers are more likely to increase purposeful action to reduce food waste,” he stated in a press release. “You don’t change your behavior if you don’t realize there’s a problem in the first place.”

Meanwhile, the researchers have also conducted a nationwide survey designed to evaluate the awareness and attitudes of the American population in relation to the waste of edible food. More than 500 respondents representative of the country’s population took the survey last year.

According to the results, about 53 percent of Americans are aware that food waste is a problem, which is 10 percent more than the research published by Johns Hopkins in 2015.

The study, titled “Household Food Waste: Multivariate Regression and Principal Components Analyses of Awareness and Attitudes among U.S. Consumers,” has found some interesting regarding facts people’s attitude toward food waste.

Around 77 percent of the respondents feel a “general sense of guilt” when they have to throw food away while 58 percent understand that their habit of throwing away of food affects the environment in a negative way.

To read more of the facts revealed in the study, access this link to the PLOS One website.
Image Source: Telegraph.co.uk