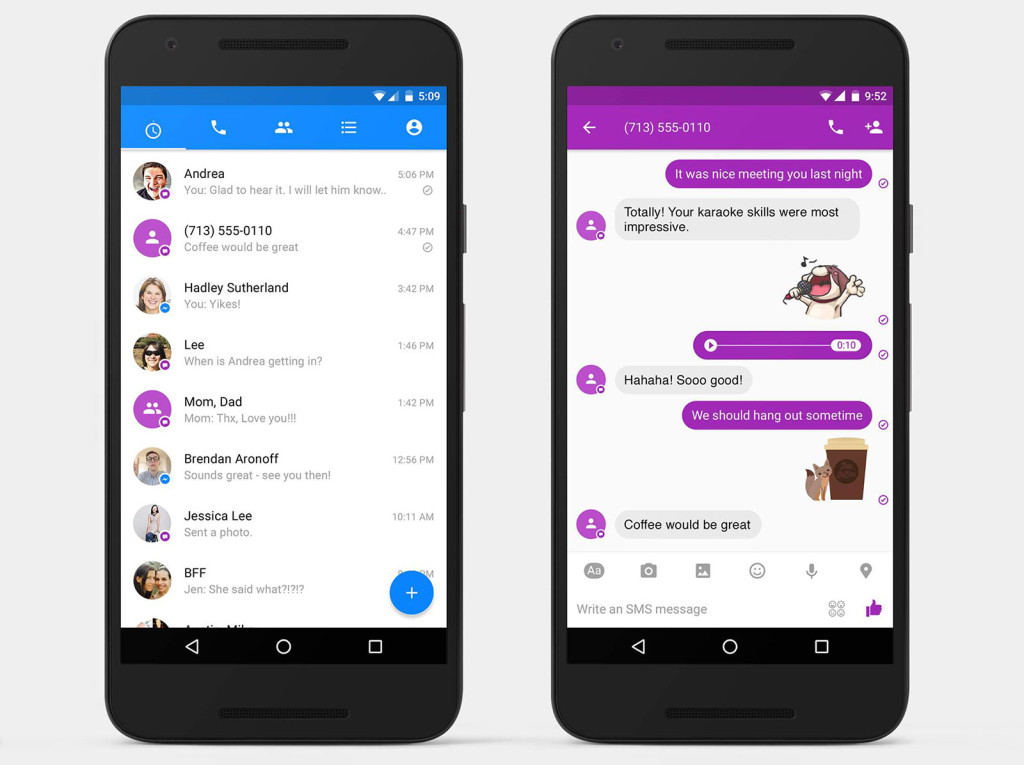 It’s not news that Facebook is inching closer to taking over the internet with each day. Now, the tech giant wants to render the Android default messaging app obsolete.

On Tuesday, Facebook announced that Android users can now use the Messenger app to send and receive SMS (aka text) messages. In the post that announced the new feature, Facebook took a veiled shot at SMS, suggesting text messages are too basic and something only non-tech-savvy mothers still use.

“We know that people receive messages via both SMS and Messenger — for example, your best friend sends you GIFs on Messenger whilst your mom only uses SMS — we want to make it easier to stay in touch with all the people you care about,” Facebook wrote.

Without a doubt, it’s more convenient to have all your messages in one place, but hasn’t Facebook taken over enough of our lives? Either way, the feature can prove useful for users who want to keep on top of their conversations.

As reported by some publishers, the SMS integration isn’t exactly a novelty: the first time around was in 2012, when Facebook briefly brought SMS into Messenger for Android. The feature was removed the following year for unknown reasons.

Maybe not enough users got hooked on the idea, so the social network started testing a “modern version” of the feature. Only a select number of users have seen it since this past February.

Now, all users can try it out, as the integration becomes universal. Just open the Facebook Messenger app, tap on Settings (the little person icon), choose “SMS” from the list, and turn on “Default SMS app.”

Then, you’ll be able to receive and reply to any SMS convos within Messenger, without switching to other apps. To be able to differentiate between them, the SMS messages will be colored purple, while Messenger conversations remain blue.

Trying to ease any security-conscious users, Facebook assured us that “SMS in Messenger doesn’t send, upload or store your conversations on Facebook servers.” Standard text messaging fees still apply for all purple messages (sent and received via SMS).

The feature is currently available only on Android, though the recipient of an SMS sent from Messenger can access it on any platform.
Image Source: Engadget