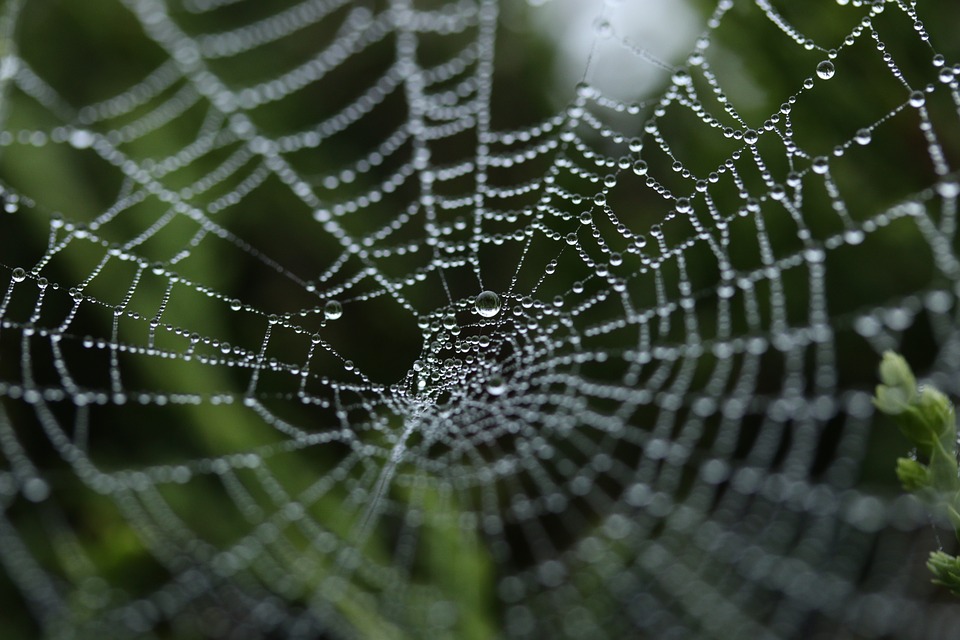 Not many are fans of spiders and their webs, but that doesn’t make them less fascinating and – why not – inspiring for scientists.

If you get right up close to a spider web, you might be impressed by its particular properties: it’s hard to break it apart, it stays strong in the wind, and if flies land on it, they are trapped.

Well, scientists are now able to replicate in a lab the same sticky substance that maintains tension in the web and traps the flies. The result is a ‘liquid wire’ that features some of the properties displayed by spider webs.

So what keeps a web spun by a spider taut in the wind? The gossamer fibers that it’s composed of are covered in a watery glue which keeps the threads stretched and the flies trapped.

Scientists from the Université Pierre et Marie Curie in France and the University of Oxford in the UK have achieved this feat of engineering by mimicking this magnificent property in their own composite fibers.

The synthetic wires created in the lab are very good at imitating the characteristics of a spider web in that they can “extend like a solid and compress like a liquid.” The effect was mastered with the help of oil droplets on a plastic filament.

Researchers explained that achieving the right balance between fiber elasticity and droplet surface tension was key to the success of the experiment.

“Spider silk has been known to be an extraordinary material for around 40 years, but it continues to amaze us,” said researcher Hervé Elettro from the Université Pierre et Marie Curie.

He also added that even though it sounds like a high-tech trap, the properties of the liquid wire can offer multiple applications in the industry of materials, engineering, and medicine.

“The thousands of tiny droplets of glue that cover the capture spiral of the spider’s orb web do much more than make the silk sticky and catch the fly,” added fellow scientist Fritz Vollrath from Oxford.

According to the team, this new liquid wire technology could give a major boost to the microfabrication of complex structures, such as creating miniature motors and or “stretchable, hybrid solid-liquid materials” for different of purposes in biotechnology.
Image Source: Pixabay