You are here: Home / Tech & Science / New Horizons Gets Ready to Study New World Beyond Pluto 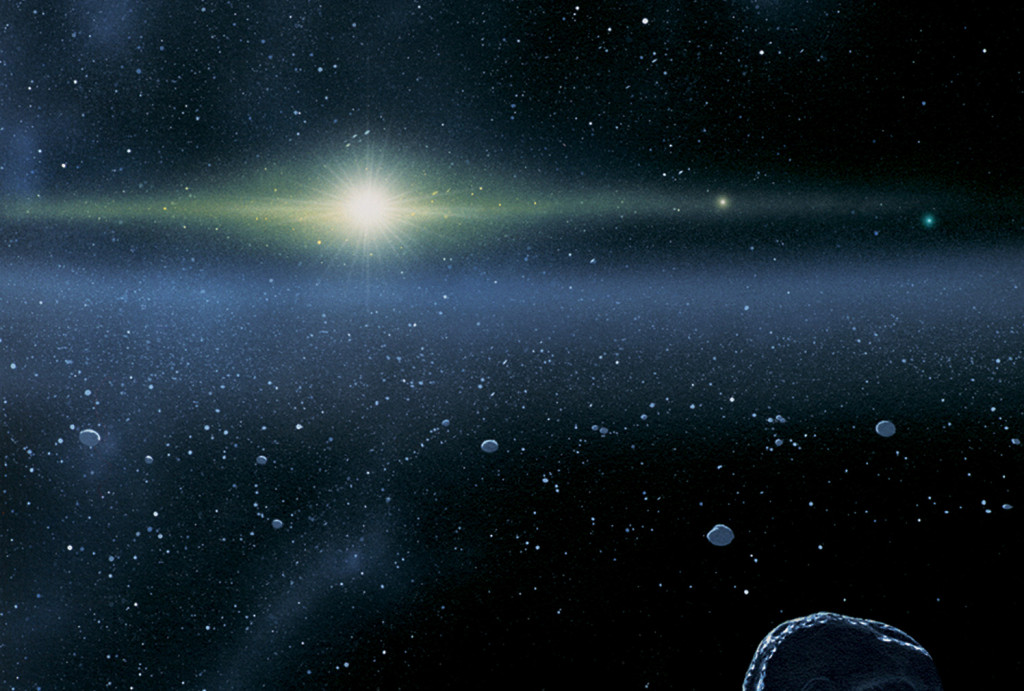 Artistic representation of the Kuiper Belt

Following the resounding success of the Pluto flyby mission that took place in the summer of 2015, New Horizon leaders are now looking to discover what’s further away from the dwarf planet.

This summer is supposedly reserved for exploring a newly discovered icy rock, currently known as 2014 MU69. Scientists don’t know much about its surface, except that it also orbits the Sun, but at roughly a billion miles away from Pluto.

But why put so much effort into a rock that’s so far away? According to researchers, MU69 could be something of a time capsule keeping under lock the secrets of the beginning of our solar system.

Simon Porter, one of the post-doctoral researchers on the New Horizons mission, described MU69 as one of many types of objects (or KBOs) located in the Kuiper Belt – also known as the vast ring of ice debris and rock that goes around our solar system.

Scientists agree that the space objects in the Kuiper Belt were never pushed around by the giant planets; because they have largely remained in the place of their formation, they can hold the key to many answers.

This type of research would be the first of its kind, meaning that if they find funding, researchers will initiate a project with huge benefits in terms of coloring in the blanks of the beginnings of our solar system.

“We can’t conclusively say if it has moons or not based on the Hubble images,” explained Porter. In theory, the biggest objects in the Kuiper Belt have known moons, which means that MU69 also has at least one satellite.

At this point, however, a lot of speculation is involved. But even though NASA has yet to approve the mission, the New Horizons team has taken the liberty of sending a spacecraft in the approximate direction of MU69.

“The spacecraft is on its way to MU69, but in order to actually have the flyby, NASA has to approve keeping the spacecraft on for that long,” added Porter. If the proposal falls through, then the spacecraft will simply have to come back home.

If NASA agrees, researchers plan to turn on New Horizons’ instruments as it flies through the Kuiper Belt, so they can study other bodies along the way.
Image Source: Universe Today